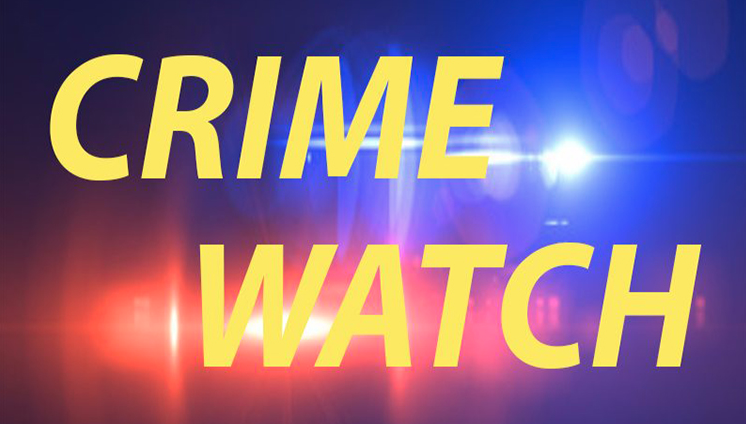 WARRANT–Robert Lee Borreson, 39, was arrested on Nov. 28 in the 900 block of Swan Drive on a misdemeanor warrant for failure to appear. Borreson was held for court and later released from custody.

DRUGS/PRESCRIPTION–Michael Lee Couch, 28, was arrested on Nov. 28 in the 1900 block of Robson Circle on suspicion of marijuana, prescription only pills and drug paraphernalia. Police responded to Robson Circle to assist Mohave County Probation officers. While probation was performing a house check at the residence, Couch, was reportedly found to be in possession of a usable amount of marijuana, a glass pipe used for smoking marijuana and six prescription pills believed to be oxycodone without a prescription. He was taken to the Mohave County jail in Kingman.

WARRANT–Chase Gilbert Big Joe, 32, was arrested on Nov. 28 at the intersection of Marina Boulevard and Hualapai Drive on a misdemeanor warrant for failure to appear. He was taken to the Mohave County jail.

AGGRAVATED DUI/DANGEROUS DRUGS–Jessica Nicole Capasso, 26, was arrested on Nov. 29 in the 1500 block of Rio Vista Drive on suspicion of aggravated driving under the influence, possession of dangerous drugs and possession of drug paraphernalia. A traffic stop was conducted on Capasso for reportedly failing to stop at a stop sign. A records check showed Capasso had a suspended driver’s license and was reportedly under the influence at the time, which makes it an aggravated DUI. Additional search uncovered a meth pipe and syringe containing meth inside her bag. Capasso was taken to Western Arizona Regional Medical Center for a blood draw. Police issued verbal warnings for failure to stop at a stop sign, suspended license plates, no mandatory insurance, failure to carry registration card and no proof of insurance. She was taken to the Mohave County jail.

ASSAULT/DISORDERLY CONDUCT/ALCOHOL TO A MINOR–Ashley Marie Gilweit, 19, and a 17-year-old male were both arrested on Nov. 30 in the 700 block of River Gardens Drive on suspicion of assault per domestic violence, disorderly conduct per domestic violence and possession of alcohol under 21. Adrian Enrique Reyes, 30, was arrested on suspicion of furnishing alcohol to a minor. Police responded to a reported domestic incident off River Gardens and learned in that a brother and sister got into an argument with each other and their step father, Reyes, tried to stop the fight. The siblings both reportedly started to physically assault their step father. It was discovered that the step father had bought some alcohol to celebrate his step son’s 17th birthday with family. Reyes was cited and released. Gilweit was taken to the Mohave County jail and the male juvenile was taken to the Juvenile Detention Center in Kingman.

SHOPLIFTING–Michael Joseph Tovani, 56, was arrested on Dec. 1 at Walmart on suspicion of shoplifting, removal of an anti-theft device and possession of an anti-theft device removal tool. Walmart reported that Tovani had concealed merchandise inside his waistband and in a backpack. It’s alleged Tovanni had an anti theft removal tool in his possession and concealed merchandise worth $208.27. He was taken to the Mohave County jail.

DOMESTIC VIOLENCE–Karina Veronica Ramirez Pedigo, 48, was arrested on Dec. 1 in the 3400 block of Sunbonnet Drive on suspicion of assault per domestic violence and disorderly conduct per domestic violence. It was reported Pedigo had assaulted her husband, causing injuries. She was taken to the Mohave County jail.

WARRANT–Frank Wayne Hilaker, 56, was arrested on Dec. 1 in the 800 block of Ramar Road on a misdemeanor warrant for failure to appear. He was taken to the Mohave County jail.

SUSPENDED DRIVER’S LICENSE–Jesse William Jimenez, 27, was cited and released on Dec. 1 in the 1000 block of Mobile Lane on suspicion of driving on a suspended driver’s license. Jimenez was initially contacted during a verbal domestic violence incident. Police report that both parties were separate without further incident.

WARRANT–Scott Stewart Brown, 48, was arrested on Dec. 1 in the 1800 block of Coral Isle Drive on a misdemeanor warrant for failure to appear. He was taken to the Mohave County jail.

DRIVING UNDER THE INFLUENCE–Christopher Robert Haskin, 39, was cited and released on Dec. 1 in the 1500 block of Booster Drive on suspicion of driving under the influence. Police responded to the Booster Drive area after receiving a report of a vehicle hitting a wall of a storage unit business. No significant damage were reported, only tire marks on the wall. Haskins was released at the scene.

The following information was provided by the Bullhead City Police Department. All individuals are innocent until proven guilty in a court of law.