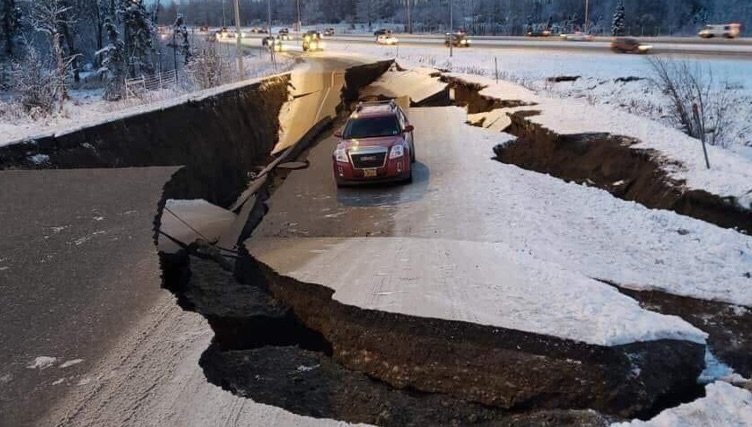 A vehicle sits empty in the rivets of a broken highway that was damaged during Friday’s early morning quake. TIM MASLYK/Facebook

The quake left buildings and roads in shambles and people fleeing into the street shortly before 8 a.m. A tsunami warning was initiated immediately following, but was lifted hours later as the threat of a wave of water subsided.

The U.S. Geological Survey reported two earthquakes occurred with the 7.2 one centered about seven miles north of Alaska’s largest populated town. The second, a 5.8 struck shortly after.

No injuries or deaths were immediately reported.