A Dry Winter Makes for Weary Residents in the Hualapai Mountains 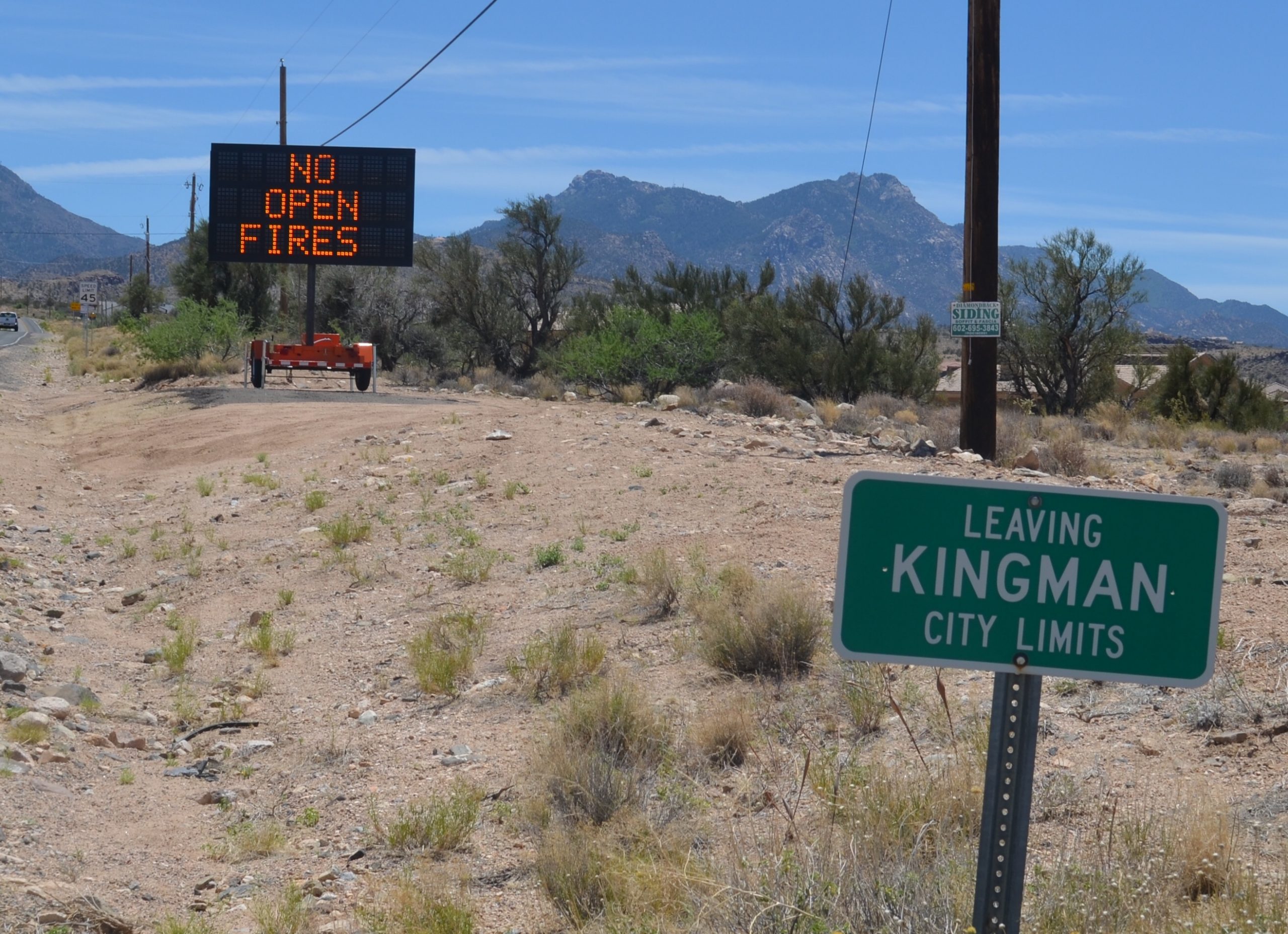 KINGMAN – With little rain this winter and no foreseeable rain on the horizon, it’s possible that the forests of the Hualapai Mountains could be reduced to ash in the event of a major fire.

Significant rainfall in the mountains for 2018 was unmemorable. The scenic peaks and forest getaway might have been dusted by snow once or twice this winter. There are usually a few storms that cover the mountains with snow that sticks for days if not weeks at the higher elevations.

With a winter that allowed people to wear shorts comfortably for more than a few weeks in a row, it might be no surprise that some mountain residents are getting ready to pack it up and have a Plan-B, C and D in place in the event the forest turns into a furnace.

Memories of the 2013 Dean Peak Fire still linger in the minds of many, including Hualapai Mountain Lodge General Manager and Pine Lake resident Lisa Nagy.

She and other residents are aware of the potential for another fire and is ready to beat feet if the flames come rolling through again.

“Residents have done the best they can to clean weeds and build firewalls,” Nagy said. “We’re just going to get everyone out as fast as we can.”

Nagy and other family members had to evacuate Pine Lake during the Dean Peak Fire and spent a week couch surfing with friends and sleeping in hotels. She remembers seeing U.S. Forest Service airplanes dropping slurry to control the fire and pointed through a window of the lodge toward a fire line that can still be seen on the northern peaks.

“The BLM said you could stay, but once you left, you had to stay gone,” she said.

Both the Mohave County Risk and Emergency Management Department and the Bureau of Land Management have sent a clear message through various media that there are absolute restrictions in place to prevent fires on county and BLM owned lands, including the Hualapai Mountains.

1.) No Campfires. At all. Outside cooking options are limited. No charcoal. Propane grills are the only outside cooking amenity allowed.

2.) Smoking is out, except if you hide in your car or a tent, cabin or other structure where the ashes wont blow into the dried vegetation and spark the next firestorm.

3.) Discharging a firearm. Guns and exploding targets are out. Leave the Tannerite and watermelons at home.

EDITOR’S NOTE: Part One of Three. Check Back Monday For Part Two.