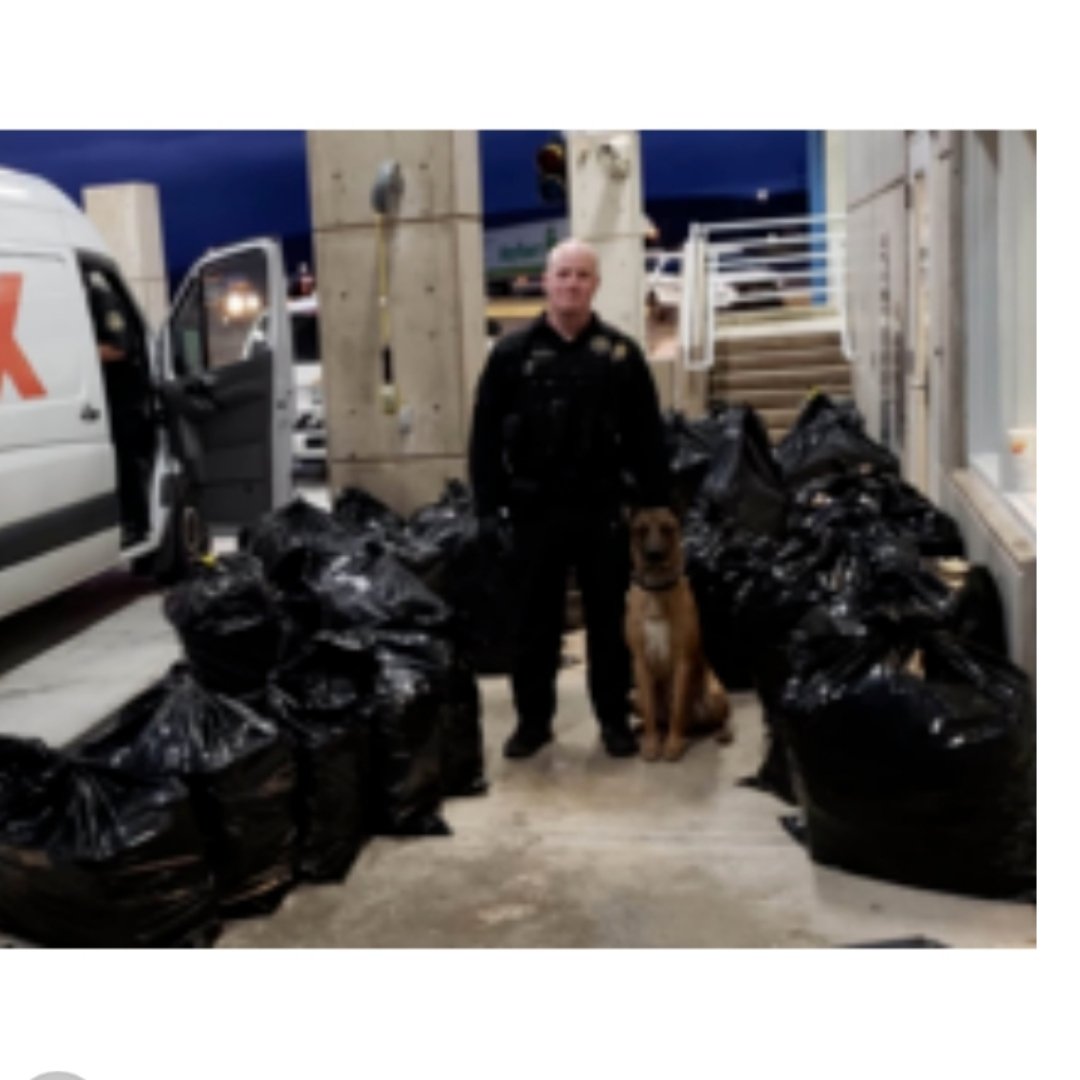 Transportation officers aided by one of the agency’s K-9 units seized more than a half ton of marijuana Tuesday evening from a fake delivery van spotted on Interstate 15 in far northwestern Arizona.
While the van had authentic-looking markings of a commercial package-delivery service, an officer with ADOT’s Enforcement and Compliance Division noticed that the vehicle, traveling northbound toward the Virgin River Gorge, had an out-of-state license plate on the front. Local delivery vans for the company have Arizona plates and registration, but a check of records later showed the vehicle was registered to an individual in North Carolina.
The officer, who was traveling in the opposite direction when he spotted the vehicle, alerted other ADOT officers, one of whom caught up with the van and noted several traffic violations as it traveled I-15 through the Virgin River Gorge. Another ADOT officer then stopped the van and noted inconsistencies in the driver’s story as the two other ADOT officers arrived.
Called into action based on the suspicious circumstances, a drug-sniffing dog handled by one of the ADOT officers detected illegal substances. In searching the vehicle, the officers found large bags containing 1,113 pounds of marijuana, as well as 5 grams of a mushroom-based hallucinogenic, three vials of illegal steroids and $7,850.
The driver, a 48-year-old man, was booked into the Mesquite Detention Center in Nevada pending transfer to the Mohave County Jail in Kingman. The van was taken to ADOT’s commercial port of entry in St. George, Utah.
ADOT officers enforce laws involving commercial vehicle safety and permits, registration and driver license fraud, and unlicensed auto dealers, among other areas related to the agency’s transportation responsibilities. Last year, ADOT’s Enforcement and Compliance Division began using K-9 units based out of commercial ports of entry next to California, New Mexico and Utah to help reduce smuggling of drugs and people.