ADOT- Powerful Winter Storm Hammers Travel Across Much of Arizona 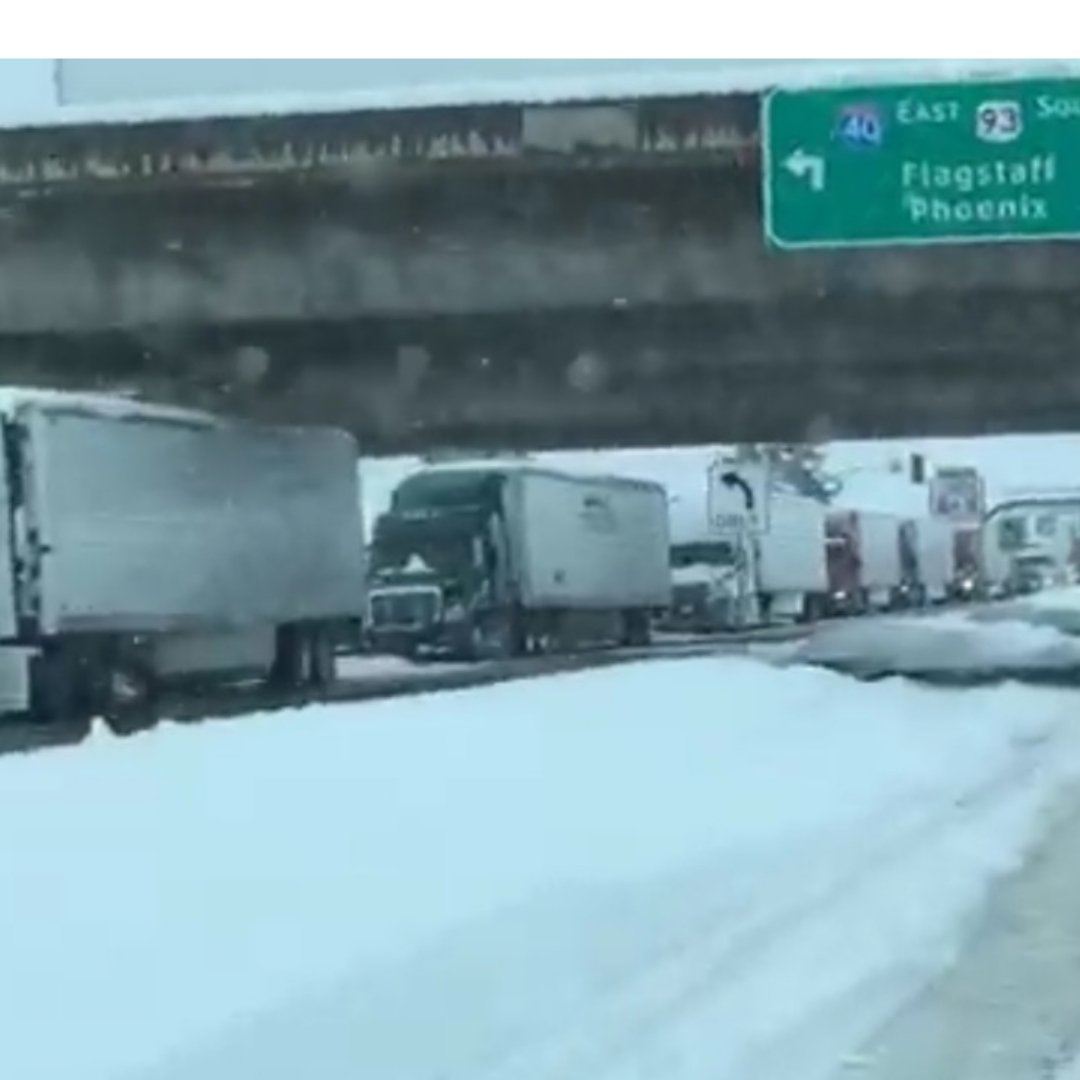 Multiple stretches of Arizona’s highways remained closed Thursday afternoon, Feb. 21, due to a powerful winter storm whose fury continues across much of the state.

With the heavy weather expected to last into Friday, the safest option at present is for drivers to delay travel to and through higher elevations until the Arizona Department of Transportation’s plows have cleared highways of snow and ice. Motorists in lower elevations may see some snow along with considerable rainfall.

Wherever they travel and in whatever weather they face, motorists should slow down for safety and expect the unexpected. Those traveling in areas with snow and ice should give ADOT’s plows plenty of room to work, staying at least four vehicle lengths behind and never passing a working plow until the operator pulls over to let traffic pass.

At 1:15 p.m., these were the major highway restrictions around Arizona. Because the situation remains dynamic, the best way to keep track of highway closures, restrictions and conditions is following ADOT’s Twitter account at (@ArizonaDOT), calling 511, using the free ADOT Alerts app available at ADOTAlerts.com and visiting the Arizona Traveler Information site at az511.gov. A pop-up alert on ADOT’s homepage, azdot.gov, also has an updated list of closures:

If decide to travel in the high country, slow down for safety, budget plenty of time and leave prepared for the possibility that you will be delayed by closures related to weather and crashes. Four-wheel-drive vehicles and chains are recommended in some areas due to heavy snow.

Download the free ADOT Alerts app to your iOS or Android mobile device and know before you go!