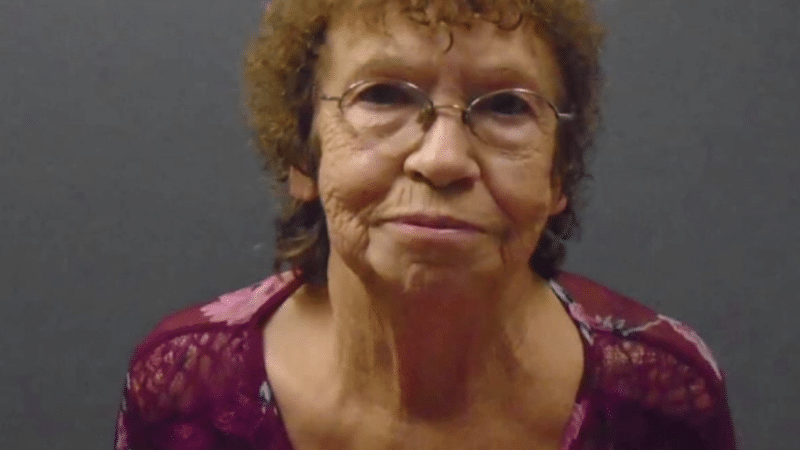 The Bullhead City Police Department arrested 74-year-old Marilyn Ann Kepler for striking her boyfriend in the head with a hammer while he was asleep.

On Monday, February 8th afternoon, the Kingman Police Department reported that a Bullhead City man (age 74) was being treated at a Kingman hospital with injuries to his head. He told medical staff that he woke up to Kepler hitting him in the head with a weapon at their residence in Bullhead City. The victim explained that he was able to convince Kepler to drive him to get medical attention after the assault. However, the victim said that she drove past the hospital and then pulled a gun on him while she was driving. The victim reported he was able to wrestle the gun away and get out of the vehicle. Kepler then drove away. Some people driving by took him to the closest hospital for treatment.

Bullhead City Police went to the 1800 block of Arcadia Plaza in Bullhead City and took Marilyn Kepler into custody. She explained that she was upset with her boyfriend because he had left the television on during the night and she couldn’t sleep. Kepler was arrested for aggravated assault per domestic violence and was booked into the Mohave County Jail in Kingman.