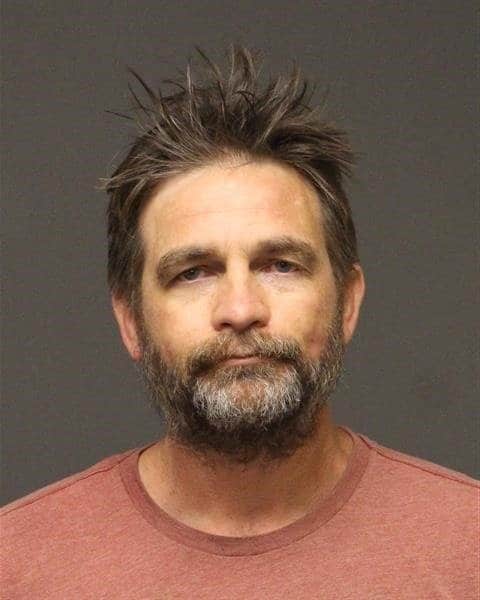 Steven Ray Wilkinson, 39 of Bullhead City, has been charged with Aggravated Assault on a Correctional Employee and Escape 1st Degree, both felonies. On Monday (4/29) at approximately 5:40 PM, Mohave County Sheriff’s Office Deputies responded to the Mohave County Adult Detention Facility in reference to an assault on a correctional officer that had taken place at the Mohave County Superior Courthouse in
Kingman. Upon arrival, deputies learned that Wilkinson had attacked the Detention Officer after exiting the courthouse. The officer advised that he was walking inmate Wilkinson and another inmate to the jail transport van after court ended and attempted to remove his vehicle keys from his belt, when Wilkinson lunged towards him and attempted to take his keys. The officer positioned his body away from the inmate to secure his keys when Wilkinson lunged again and shoved the officer against the vehicle. A struggle ensued and the officer continued to attempt to place Wilkinson on the ground while Wilkinson continued to resist. The officer deployed his Oleoresin Capsicum (OC) spray and continued to struggle with Wilkinson. The second inmate jumped in at that point to assist the officer in keeping Wilkinson on the ground until
courthouse security staff arrived to assist in gaining control of the inmate. Inmate Wilkinson was restrained during the entire incident and the detention officer was not injured during the scuffle. Steven Ray Wilkinson was charged with the above mentioned charges and transported back to the Mohave County Adult Detention Facility without further incident.