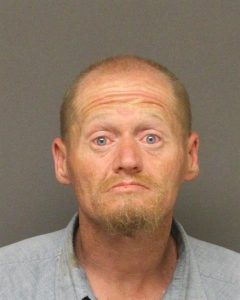 VEHICLE THEFT/ DRUG POSSESSION- MOHAVE VALLEY
Mohave County Sheriff’s Office Deputies arrested Murry John Olsen, 37 of Fort Mohave, for Theft of Means
of Transportation, Marijuana Possession, Dangerous Drug Possession, Drug Paraphernalia Possession, all
felonies, and a misdemeanor arrest warrant. On October 18, deputies observed a purple motorcycle driving
on Highway 95 and the rider was not wearing eye protection. A traffic stop was initiated and the rider pulled
into an alleyway in the 5500 block of Highway 95. Deputies made contact with the rider, identified as Olsen,
who could not produce his driver’s license or tell deputies his name. Deputies advised Olsen he would be
arrested for failure to identify and began to detain him, when Olsen advised deputies he had “meth” on his
person. Deputies conducted a pat search and located a baggie with one gram of methamphetamine, another
baggie with one gram of marijuana, syringes, a pipe, and other drug paraphernalia. A records check of the
motorcycle’s license plate came back stolen out of Price, UT. When asked, Olsen advised he had been
working on the bike for a friend, but would not say who his friend was. Murry John Olsen was arrested and
booked into Mohave County Adult Detention facility without incident. 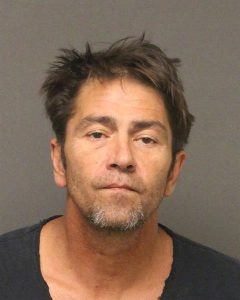 AGGRAVATED HARASSMENT- LAKE HAVASU CITY
Mohave County Sheriff’s Office Deputies arrested Alexander Andor Olah, 54 of Lake Havasu City, for felony
Aggravated Harassment. On Wednesday (10/23) at approximately 12:15 PM, deputies responded to a
residence in the 1000 block of S. Lakeside Dr. where a victim reported the Olah was inside her residence
without permission. The victim also advised she had a current Order of Protection against Olah and she had
returned to her home and found Olah inside. Deputies arrived on scene and knocked several times on the
front door, announcing for Olah to come outside, with no response. Entry was made into the house from a
back door and Olah was observed inside a bedroom. Olah was detained and when asked, advised he had
been invited over to the residence. Alexander Andor Olah was arrested and booked into Mohave County
Adult Detention Facility in Kingman. 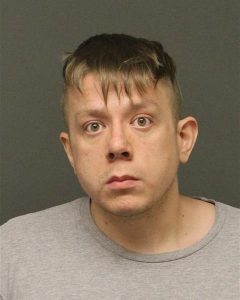 AGGRAVATED ASSAULT W/ WEAPON- TRUXTON
Mohave County Sheriff’s Office Detectives arrested Jonathan Alan Lancaster, 23 of Kingman, for
Aggravated Assault with a Deadly Weapon, Discharging a Weapon at an Occupied structure, Marijuana
Possession for Sale, and Narcotic Drug Possession, all felonies. On October 11 at approximately 4:30AM,
deputies were dispatched to a residence in the 16000 block of East Apache Ave. in Truxton in reference to a
weapons offense. The victims reported that while inside their residence, they heard a car horn honking and
someone yelling outside. The male victim went outside and observed a white vehicle with a male driver
yelling about the victim stealing his money. The victim advised the male suspect to leave several times and
when he did not, the male victim threw a metal disk at the vehicle and went back inside. Once inside, the
victims reported hearing gunshots. Detectives responded to the residence and began investigating the
incident. During the investigation it was discovered that the male suspect, identified as Lancaster, had
thought that the victim stole money from him. The victim had received multiple messages from Lancaster
throughout the night accusing him of stealing the money, however the victim’s phone was turned off when
the messages arrived.
On Thursday (10/24) at approximately 11:10 AM, a search warrant was executed at Lancaster’s residence in
the 4500 block of N. Patsy Dr. During the execution of the search warrant, detectives located the vehicle
described by the victim. Detectives also located a .40 caliber Glock handgun in the center console of the
vehicle, which Lancaster later admitted to using the gun to shoot at the victim’s residence. Lancaster
admitted his involvement in the shooting, and advised that after returning home from the shooting, found the
money that he thought had been stolen. Detectives also located marijuana and marijuana wax inside the
home during the search warrant. Jonathan Alan Lancaster was arrested and booked into Mohave County
Adult Detention Facility without incident.