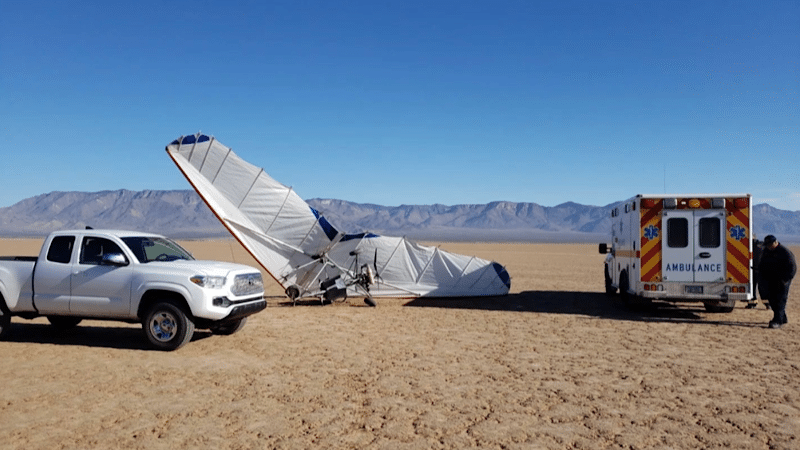 On Wednesday (01/19) at 9:32 AM, Mohave County Sheriff’s Office Deputies responded to an area approximately 1 mile east of MP36 on Stockton Hill Road in reference to a possible hang-glider style aircraft that had crashed. It was found that the aircraft, a 2 seat Ultra-Light, attempted to take off from Red Lake and veered to the left, causing the wing tip to strike the ground and crash nose first.

The pilot of the Ultra-Light sustained a broken left leg and the passenger sustained a broken right arm. Both subjects were transported to Kingman Regional Medical Center via Lake Mohave Ranchos ambulance for treatment. Both males were wearing helmets and properly fastened into the aircraft.