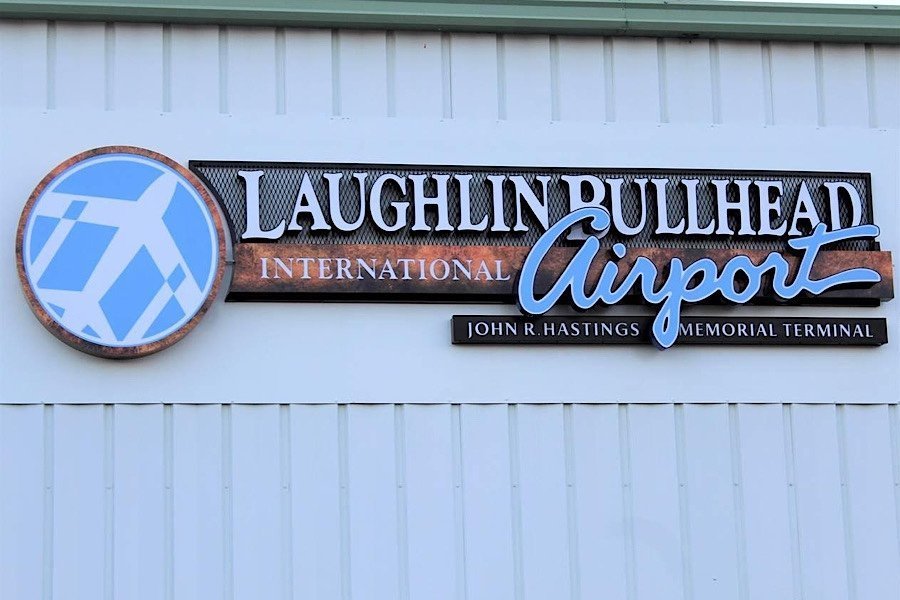 “John spent his own time and money to go to conferences and meet with airlines to try and get scheduled air service for the community,” Keating said. “He was very passionate about getting that for the community and he got us there.”

Mohave County Airport Authority Board of Directors approved in July the purchase of a new sign for the terminal that included building name. The sign was installed Thursday.

“For the airport to honor him this way just leaves me speechless,” said Pauline Hastings, John Hastings’ wife. “I know he is smiling. Myself and the kids, Mark, Brandie and Jason, couldn’t be more proud. What a beautiful way to be remembered.”

Hastings, who died in 2018, was elected as a member of the Airport Authority’s executive board in 2008 and was first elected president in 2009. He also became chairman of the Air Service Development Committee, spearheading the drive to secure daily commercial passenger service to the airport, work that culminated in 2017 with the announcement of a year-long contract with American Airlines. The airline declined to renew the contract in 2018, citing under-use of the service.

“He cried when we got airline service and cried again when we lost it, it broke his heart,” Pauline Hastings said. “But he never gave up and started talking about finding another.”

Once a member of the Airport Authority, the airport became Hastings second home, she said.

“John was always looking to improve one thing or another,” Pauline Hastings said. “When he took on a project or a job of any kind, he always gave it his all.”

Nearly half the cost of the new sign was paid in donations made to the airport in Hastings’ honor, Keating said.

“Many people understand how much work John put into the airport,” Keating said. “He was not a paid employee ̶ board members are volunteers ̶ he just loved it so much. The community and his family can be very proud of his contributions to the airport and to Bullhead City.” 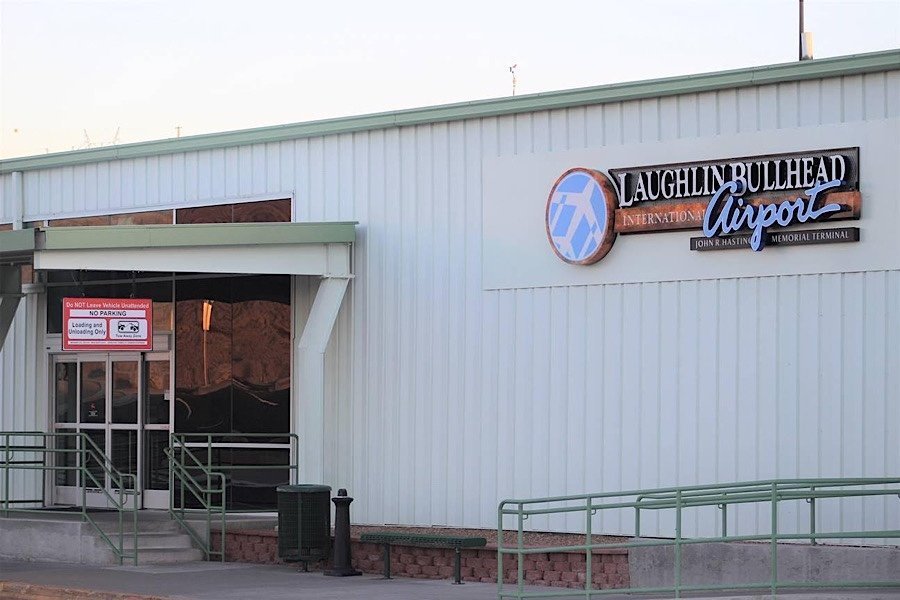 Laughlin/Bullhead International Airport’s terminal building has been named the John R. Hastings Memorial Terminal in honor of its former board member and president. Photo courtesy IFP.