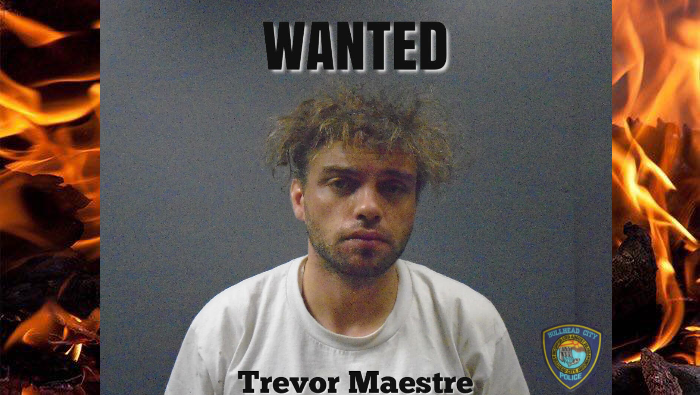 BULLHEAD CITY — The Bullhead City Police are looking for Trevor Bradford Maestre, 28, who is wanted for allegedly setting a home on fire and assaulting his girlfriend Wednesday morning in the 400 block of Malibu Drive.

Bullhead City Police spokeswoman Emily Fromelt states at about 8:20 a.m. this morning, emergency crews responded to a structure fire at a residence in the 400 block of Malibu Drive.

After further investigation and interviews, detectives learned that Maestre held a knife to his girlfriend’s neck threatening to kill her, lit a fire in the homeowner’s bedroom and hit another man in the head with a baseball bat.

The male victim is currently being treated at Western Arizona Regional Medical Center.