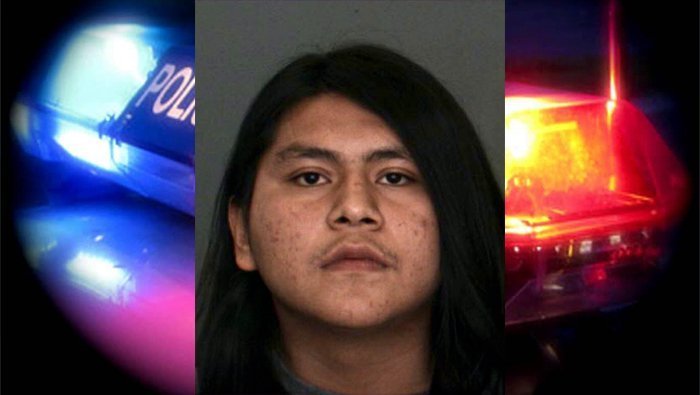 NEEDLES–One of two suspects wanted in connection to a rash of armed robberies in the Tri-state was arrested earlier this month in Needles.

Christian Ray Twobulls, 18, is facing charges in San Bernardino County for vehicle theft and weapons possession after being arrested on Nov. 14.

Bullhead City Police spokeswoman Emily Fromelt said Twobulls is one of the two suspects wanted for the alleged armed robbery of a Bullhead City Fastrip Gas Station on Oct. 28 around 3 a.m. It’s alleged that Twobulls and another male suspect stole a silver Chevrolet Trailblazer out of Needles and proceeded to rob the Fastrip Gas Station. The duo than fled to Laughlin and committed an armed robbery there.

The exact location of the Laughlin robbery is unknown at this time.

A search warrant was served at the Needles residence and Twobulls was taken into custody. His arrest came after the stolen vehicle was found unattended in Needles and was processes for fingerprints.

Additional evidence and handguns were reportedly found at the time of the search warrant. The second suspect is still outstanding and the case remains under investigation.