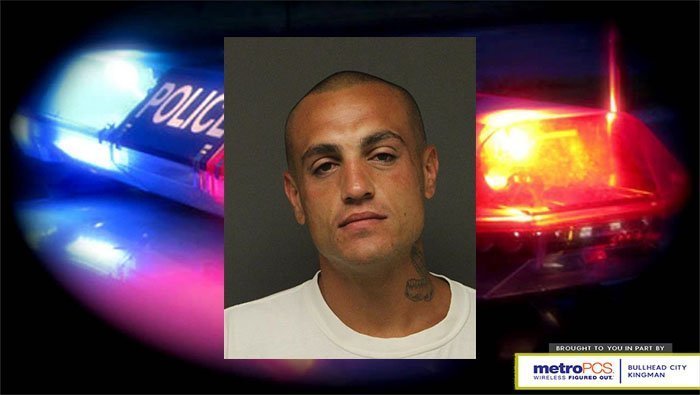 BULLHEAD CITY – A local man was arrested by police Tuesday afternoon in connection to a shooting incident at a home in the 600 block of Holly Street.

Cory James Mason, 29, is facing charges multiple felony charges after he allegedly went to his mother’s home and began arguing with a family friend over an outstanding debt.

Bullhead City Police spokeswoman Emily Fromelt said it was reported Mason’s mother and the male family friend were in the driveway with Mason arrived and reportedly ensued in a verbal argument with the two.

Fromelt said Mason is alleged to have pulled out a handgun and fired one round into the wall, close to where the two victims were standing.

Neither of the victims were injured, said Fromelt.

Mason reportedly fled the scene prior to police arriving on scene. A release issued by the Bullhead City Police Department on Tuesday asked for the public’s help in locating Mason.

A short time later, Mason was taken into custody, per an email late Tuesday afternoon by Fromelt.

Court records show Mason is currently being held in county jail on suspicion of two counts of aggravated assault with a deadly weapon, domestic violence, possession/use of a weapon in a drug offense, trafficking stolen property in the 2nd-degree, theft-means of transportation and possession of a weapon by a prohibited person.