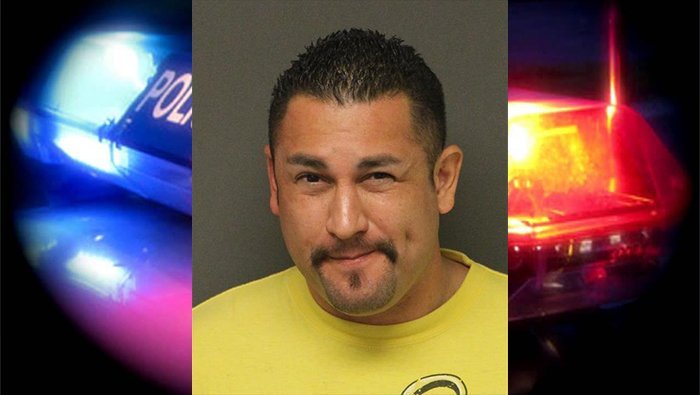 MOHAVE VALLEY–A local man is facing a felony voyeurism charge after he allegedly took photographs up a female victims skirt inside a Fort Mohave business.

Ronald Anthony Duarte, Jr., 36, was arrested on Wednesday by Mohave County Sheriff’s deputies after tips from a “Public Assist” led them to an address in Mohave Valley where Duarte was reportedly living.

Sheriff’s Office spokeswoman Anita Mortensen said Duarte reportedly told deputies it was him in the surveillance photo, but did not directly admit to taking any photos.

Authorities alleged Duarte was inappropriately photographing up a female’s dress with a camera phone Tuesday at a store in the 5200 block of Highway 95. When the female reportedly confronted Duarte about the incident, he allegedly smiled and walked away. A surveillance photo showed Duarte exiting the store shortly after.

Mortensen said it was the public’s tips that helped identify Duarte as the alleged suspect in the incident. He was placed into custody and taken to the Mohave County jail in Kingman.