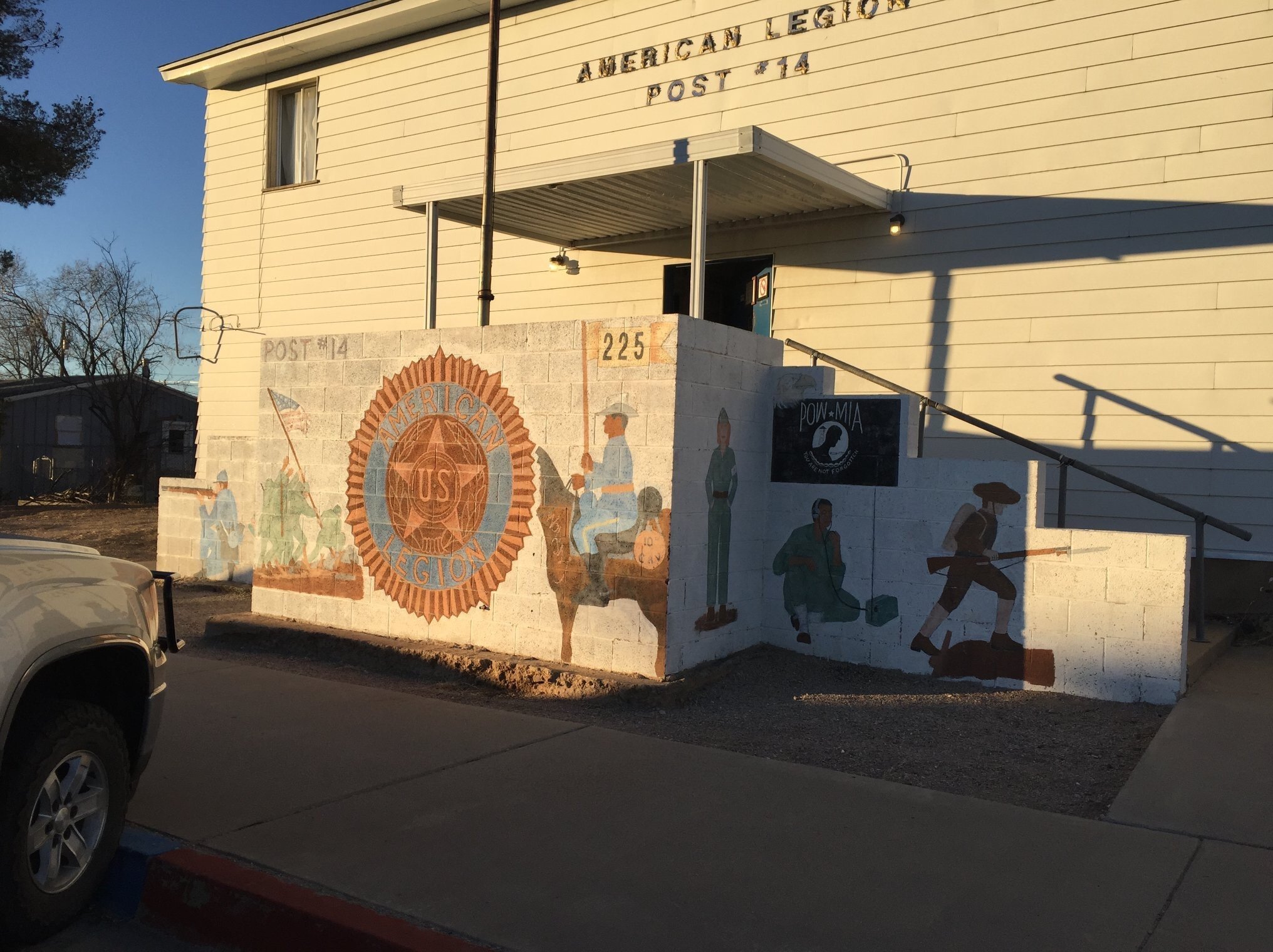 The American Legion building on Third and Oak Streets in Kingman, Arizona is a tangible link to WWII and the Kingman Army Airfield. Originally this was parts from two buildings; the base theater and the officers club. In the late 1940’s, a group of local veterans acquired the buildings, cut them into three sections, and transported them to the current location. During transport one man rode on top and used a pole to lift power lines! Of the eight men involved in the amazing project, only one is still living; Elmer Graves.

Today the historic building appears a bit nondescript and a little rough around the edges but that is about to change. Scott Dunton Sr., president of the Route 66 Association of Kingman Arizona hosted the January “meet & greet” at the American Legion last evening and announced that the association will assist with funding as well as fund raising initiatives to repair the roof and make repairs, install a few upgrades, and to add appropriate murals. I will be telling the story of the building, and a bit about Elmer and the Kingman Army Airfield In an upcoming blog post on Jim Hinckley’s America (https://jimhinckleysamerica.com/). An opportunity to hoist a pint with veterans at the bar from the Kingman Army Airfield officers club, to attend the associations meeting in the old theater, and to have an opportunity to talk with Elmer Graves made for quite an evening. 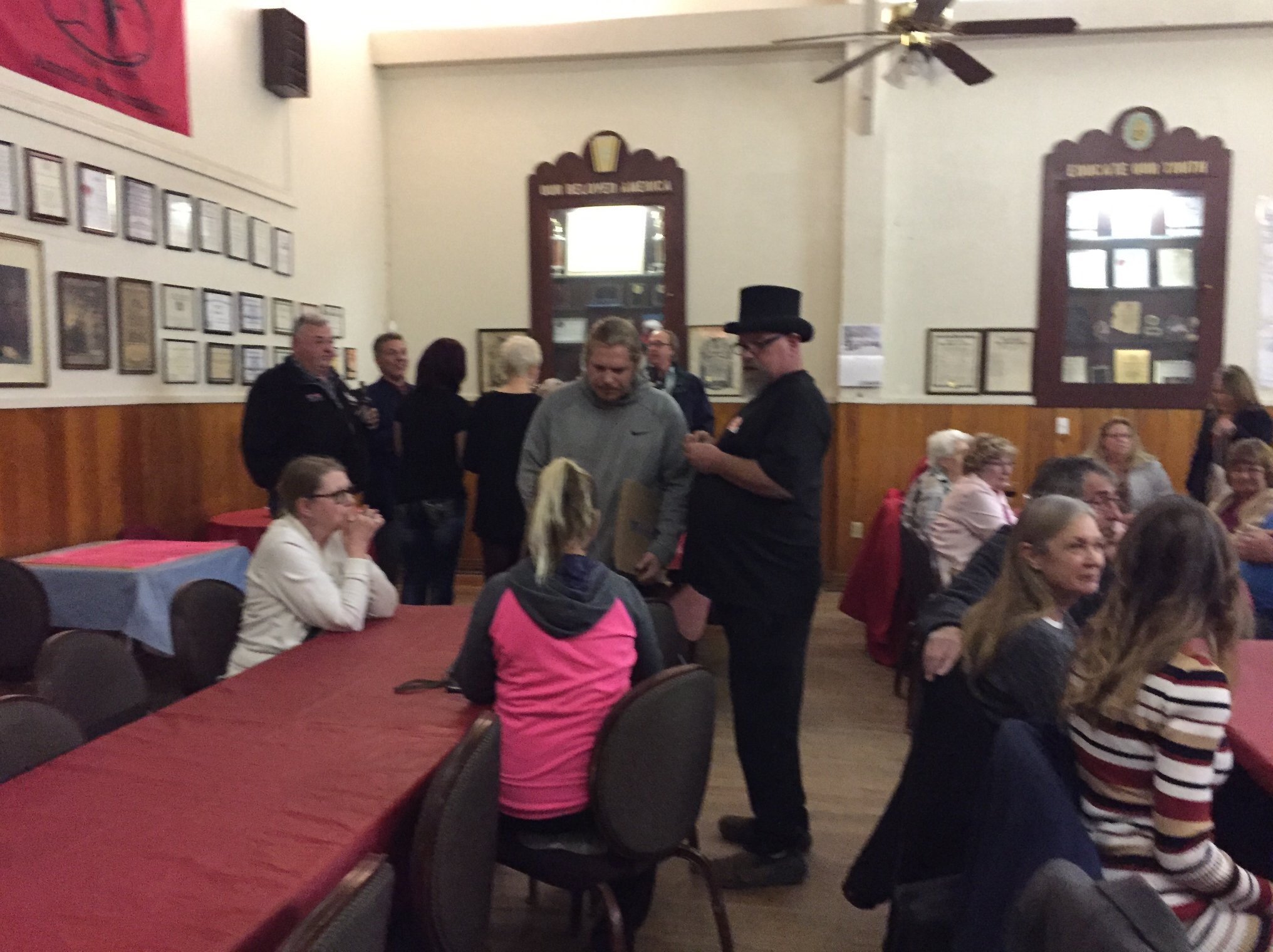 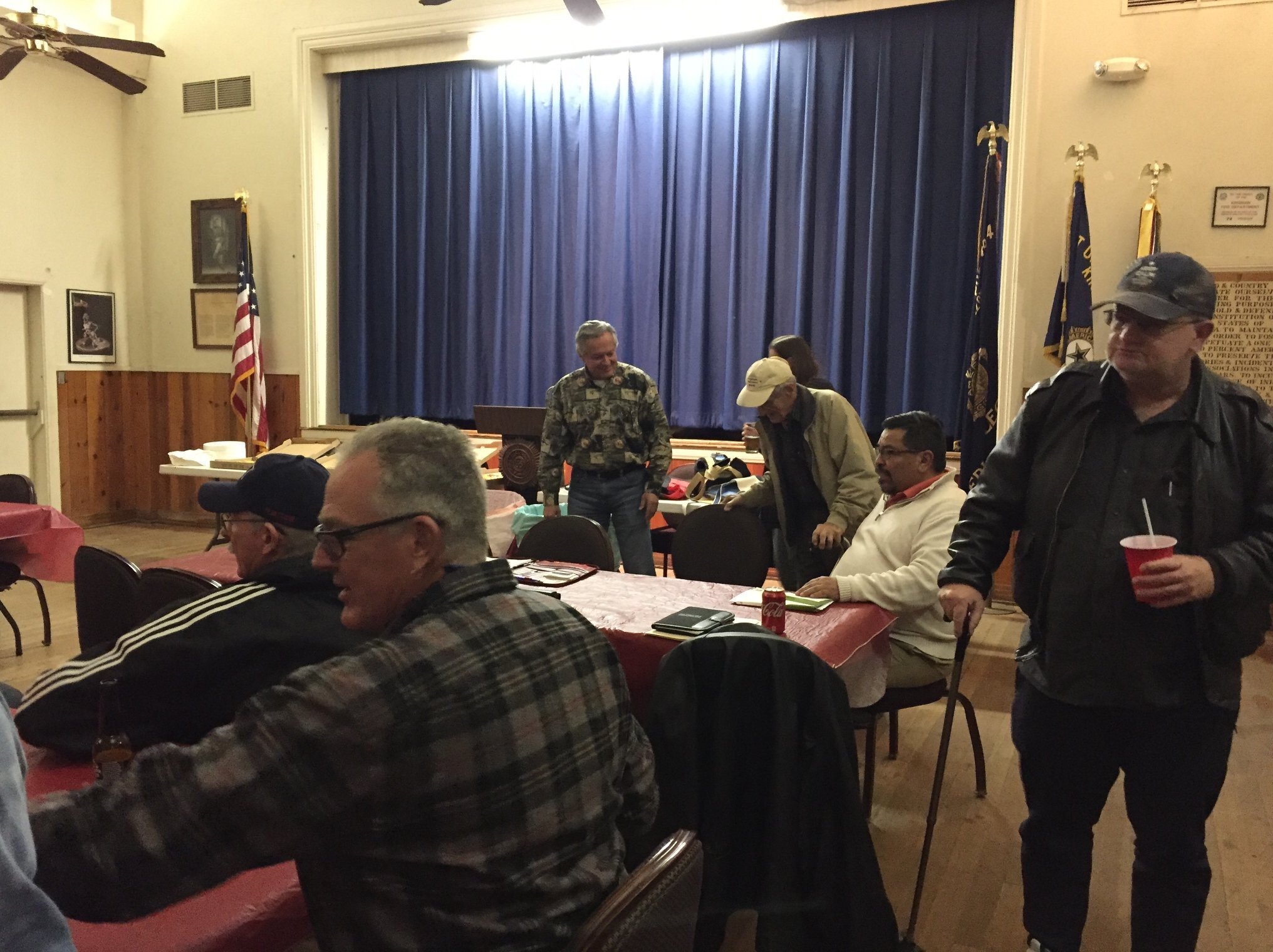