Mohave County Sheriff’s Office Deputies arrest Angela Jeannine Shubert, 51 of Golden Valley, for 11 counts felony Animal Cruelty. On Wednesday (2/19) at approximately 4 PM, deputies responded to a property in the 5600 block of Lead St. in Golden Valley reference an animal welfare check. While en route to the location, deputies were made aware that 10 horses were on site with 1 horse being deceased. Deputies arrived on scene and observed several small enclosures created with posts and a single wire strand. Also noted on scene were food and water buckets that were empty at the time of the deputy’s arrival. Ten horses were visible to the deputy, with one being deceased on the property. Three of the horses were noted to be in a severe state of malnutrition, with the remaining horses being in various states of emaciation. The caretaker of these horses, Shubert, was not on scene.

A search warrant was drafted by Detectives and executed on Thursday (2/20) at approximately 12 PM. Shubert was arrested and taken into custody. The ten horses were seized and removed from the property by a local horse rescue, Caring Hearts for Horses, and the horses will be seen by a veterinarian and continue to be monitored. Three dogs were also removed from the property by Animal Control Officers. Anyone wanting to donate to the care of these horses can contact Stockton Hill Feed & Pet for more information. This investigation is ongoing. 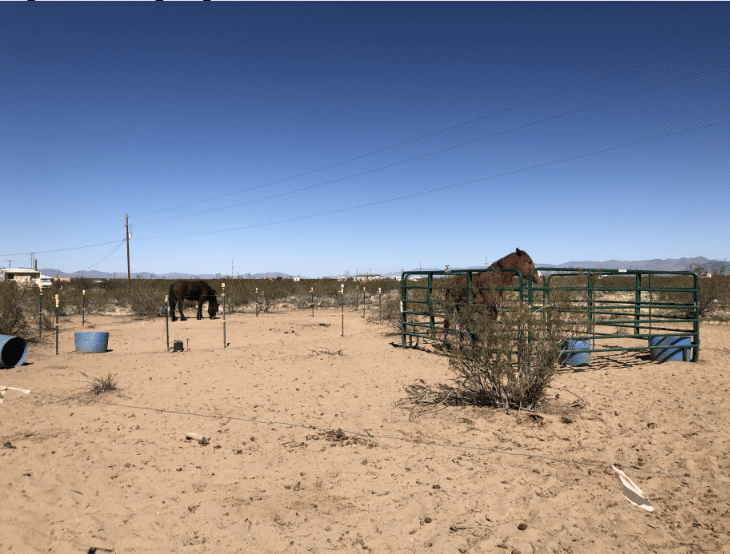