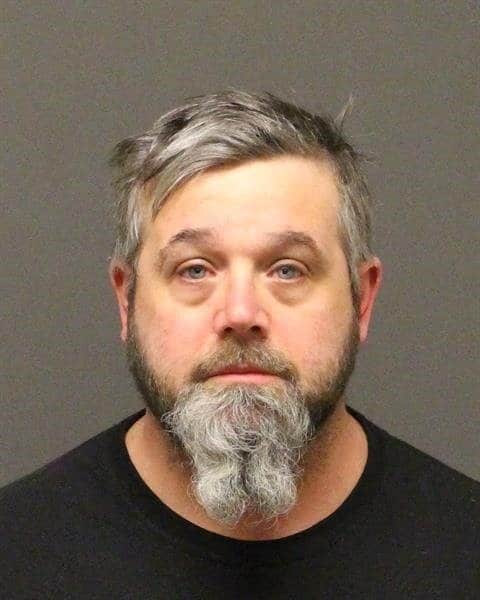 Mohave County Sheriff’s Office Deputies arrested Michael Patrick Turland, 43 of Golden Valley, for 94 counts of felony Animal Cruelty. On April 3, 2022, Deputies were called to a residence in the 3400 block of N. Kaba Rd. in reference to an animal welfare check. The reporting party advised that multiple dead animals had been located inside a freezer in the garage and she believed some of them had belonged to her. Upon arrival, the reporting party advised that she resides in Phoenix and that an agreement had been reached between herself and Turland for him to take possession of her snakes and breed them, then return them to her. After a few months she was not able to reach Turland to get her snakes back. The reporting party further advised that she was contacted by the property owner, who advised that Turland and his wife, identified as Brooklyn Beck, had moved out of state and when they were cleaning the property, located the freezer full of dead animals in the garage.

Deputies and Animal Control Officers entered the property and located the freezer, which contained approximately 183 frozen animals of different breeds. Officers located dogs, turtles, lizards, birds, snakes, mice, rats, and rabbits. Several of the animals appeared to have been frozen alive due to their body positioning. Deputies attempted to make contact with Turland and his wife by phone, with no response. On Wednesday (4/13) at 9:30 AM, deputies were notified that Turland was at the residence. Deputies and Animal Control Officers responded to the residence and Turland was taken into custody without incident. When interviewed, Turland eventually admitted to placing some of the animals in the freezer when they were still alive. Michael Patrick Turland was transported to the Mohave County Adult Detention Facility in Kingman. Deputies are also looking to make contact with Brooklyn Beck for questioning in regards to this incident. This investigation is ongoing.