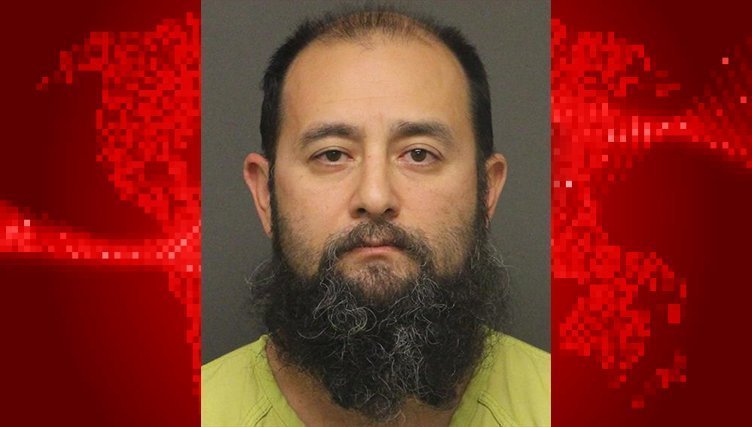 KINGMAN–An alleged verbal argument ended with shots fired and one person in jail.

Alan Arnesto, 44, is charged with endangerment per domestic violence and disorderly conduct with a weapon, both felonies.

Mohave County Sheriff’s spokeswoman said deputies were dispatched shortly before 10 p.m. Friday to a home on Roby Drive for a disturbance call. While en route, deputies were informed the suspect, Arnesto, reportedly had a weapon and had discharged it.

Arnesto was inside the home when police arrived and was ordered to exit. Mortensen said he was detained without any incident.

Witness statements reportedly revealed Arnesto and a female victim had been involved in a verbal argument when he exited the home with a weapon and fired a shot into the ground near the front door.

Mortensen said several of his family members were near the front door when he fired, including two children. She added the victim told deputies Arnesto at no time threatened family members with the weapon.

He was taken to the Mohave County jail in Kingman and is being held on a $5,000 bond.