“Alec has experience working at all levels of government, across party lines, and in every corner of Arizona, and he understands how to bring people together around common goals,” said Johnson. “Alec’s personal and professional diversity will be a great asset to our work and offer a unique perspective as we work together to ensure that all Arizonans are counted in the 2020 Census.”

In this role, Alec will manage the work of the Arizona Complete Count Committee, announced by Governor Ducey last month. He will lead the state’s marketing and outreach campaign for a 2020 Census complete count in Arizona, while collaborating with federal and local partners to maximize efforts. In addition, Alec will focus on working with state and local elected officials in Arizona’s Hard-To-Count areas, to ensure maximized returns from places with traditionally low response rates.

As COO of the Arizona-Mexico Commission (AMC), Alec implemented strategic efforts to strengthen Arizona’s relationship with Mexico. Under Alec’s leadership, the Arizona-Mexico Commission held two binational summits with record-breaking attendance, introduced new initiatives such as the Arizona Gateway series featuring Arizona’s border communities, and key expansion efforts for the organization in Northern Arizona. Alec developed collaborative efforts with community partners and oversaw the implementation of the organization’s recently launched campaign in support of the United States-Mexico-Canada Agreement. In addition to his work with the AMC, Alec has led key efforts for the Governor’s Office to reach Arizona’s Spanish-speaking citizens on issues ranging from the Opioid Epidemic Act to the recent 20×2020 effort supporting Arizona’s teachers.

Alec is a fourth-generation Arizonan, raised in the border community of Nogales, Arizona. Alec graduated from Arizona State University with his bachelor’s degree in Global Studies/Political Science. He is a Flinn-Brown Fellow and volunteers with numerous Arizona non-profit organizations. 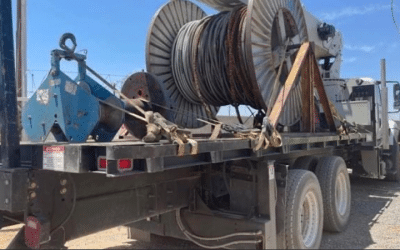 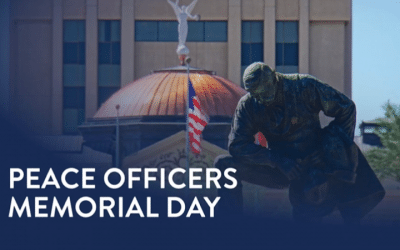 Governor Doug Ducey ordered flags at all state buildings be lowered to half-staff from sunrise to sunset tomorrow,...