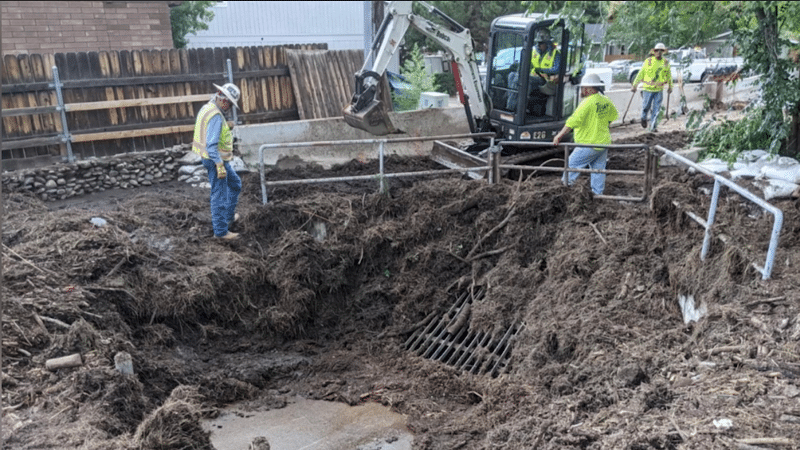 Governor Doug Ducey today issued a Declaration of Emergency in response to flash flooding in Coconino County, making up to $200,000 available for response efforts.

“Severe post-wildfire flooding is creating dangerous challenges for communities in Northern Arizona,” said Governor Ducey. “The flooding is causing road closures, damaging property and putting Arizonans’ safety at risk. This Declaration of Emergency will give those working to protect others the tools they need to keep our communities safe. We will continue to work closely with local officials and safety personnel to protect people, pets and property throughout Arizona.”

Starting July 13, rain fell onto areas of Northern Arizona that have significant burn scars from the 2019 Museum Fire. This has resulted in flash flooding that has caused road closures and damaged private property, roadway and drainage systems.

In response, the City of Flagstaff and Coconino County have activated their Joint Emergency Operations Center and have an Incident Management Team actively planning, responding and coordinating resources and support for this ongoing emergency.

On June 10, Governor Ducey announced a special session of the Arizona Legislature to ensure our state has the resources needed to combat this season’s wildfires and address potentially deadly after effects like flooding. On June 18, he signed a $100 million bipartisan relief package passed by the Legislature during the special session.

View the Declaration of Emergency HERE.

← Prev: Animal Care and Welfare Officers are looking for Two Dogs for Standard Quarantine Procedures Next: 59 New COVID-19 Cases Since Wednesday at Noon in Mohave County →