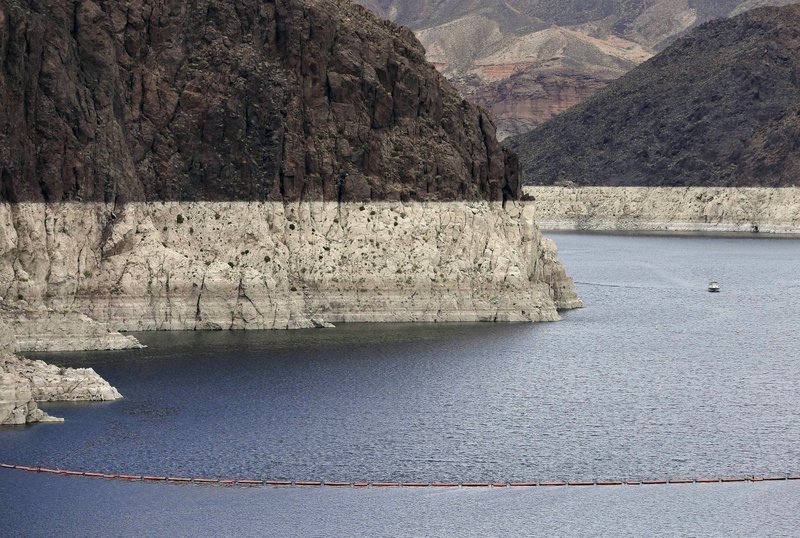 TEMPE, Ariz. (AP) — Arizona is renewing a focus on a drought contingency plan for the shrinking supply of Colorado River water, and other Western states are paying close attention.

An Arizona utility was accused earlier this year of manipulating the system that governs water allocations. The Central Arizona Project has since pledged to be more cooperative with other river users, more respectful and more transparent.

On Thursday, it is joining the Arizona Department of Water Resources to restart discussions in Arizona on how to create more predictability in the river supply amid drought and climate change. U.S. Bureau of Reclamation Commissioner Brenda Burman is the keynote speaker.

The agency has been prodding Colorado River states to wrap up drought contingency plans by the end of the year, one each in the lower and upper basins. The river serves about 40 million people in Arizona, California, Colorado, Nevada, New Mexico, Utah and Wyoming.

The amount of water that gets sent to the lower basin states — Arizona, Nevada and California — and Mexico depends on Lake Mead, the reservoir formed by Hoover Dam.

Shortages would be triggered if the man-made reservoir on the Arizona-Nevada border dips to 1,075 feet (328 meters) above sea level. That’s never happened, but the Bureau of Reclamation has put the possibility of a shortage at more than 50 percent in 2020 and says it’s even more likely in subsequent years.

The states and Mexico agreed in 2007 on what levels would trigger shortages and where they would be felt, but they say those guidelines no longer fit reality. They’ve been trying to hash out a drought contingency plan that would spread shortages more widely and loop in California. Few details have been released publicly.

The absence of a plan resonates beyond the United States. Mexico wouldn’t conserve more water if the lower basin states don’t finalize a plan, said Chris Harris, executive director of the Colorado River Board of California.
The states also run the risk of Reclamation officials dictating what happens with the water without a negotiated solution.

“That creates this real uncertainty,” said John Fleck, director of the University of New Mexico’s Water Resources Program. “No one knows exactly where and when they would step in and what that stepping in would look like.”
Harris said California agencies are still working out the details but said Burman’s participation in the Arizona meeting is a step in the right direction.

“All of the other basin states are certainly watching what’s occurring in Arizona with interest and cautious optimism,” he said in an email.

Arizona is hit hardest at the current shortage levels as the junior player in the lower basin.

The Central Arizona Project controls much of the state’s allocation, delivering the water through a canal system. Upper basin users accused the utility earlier this year of stalling on a drought plan to avoid the water cutbacks it might require. The utility and Arizona’s water agency also have been at odds over who gets to determine what happens to excess water.

Unlike other states, the drought contingency plan needs legislative approval in Arizona.

Southern Nevada should be able to absorb the 30,000 acre-feet in additional cuts outlined in the contingency plan for when the lake level reaches 1,025 feet (312 meters), said John Entsminger, general manager of the Southern Nevada Water Authority in Las Vegas. An acre-foot is enough to supply an average family for a year.
“We already have a cooperative agreement to share costs, programs and any shortage that would be imposed,” he said.

Photo provided by The Associated Press