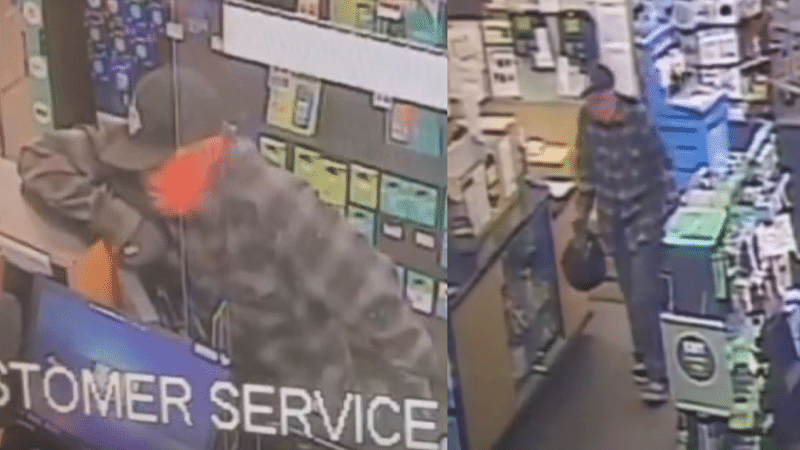 The Bullhead City Police Department is investigating an armed robbery that occurred at the Smith’s Food and Drug Store on Saturday night. On October 2nd at about 6 p.m., a man entered the Smith’s grocery store, 1775 Lakeside Drive, and went to the money services desk. He presented the cashier with a note demanding money and opened up his backpack to show the victim that he had a gun. The note also threatened to kill the cashier and everyone in the store if she touched the silent alarm. He then placed the cash in a black backpack and left the store.