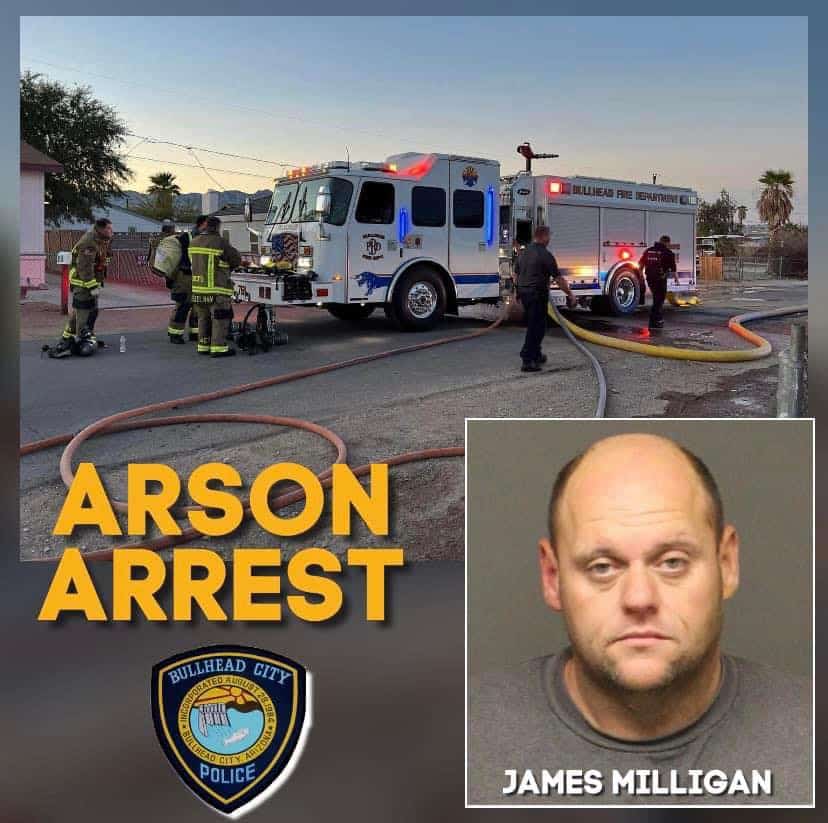 The Bullhead City Police Department arrested James Milligan, 42, for arson of an occupied structure and criminal damage.
On November 17 at about 5 p.m., the Bullhead City Fire Department responded to a house fire in the 2100 block of Bermuda Drive.
On November 18, suspect James Milligan came to the Bullhead City Police station on his own where he was interviewed and ultimately arrested. Police learned Milligan set fire to his family residence by igniting a piece of paper in the living room and applying gun powder to that fire, knowingly causing a fire/explosion. He reportedly attempted to extinguish the fire with a garden house but fled the scene and hid after he heard sirens approaching.
No injuries were reported. Firefighters reportedly helped rescue a dog inside the residence.
Milligan was booked into the Mohave County Jail in Kingman.