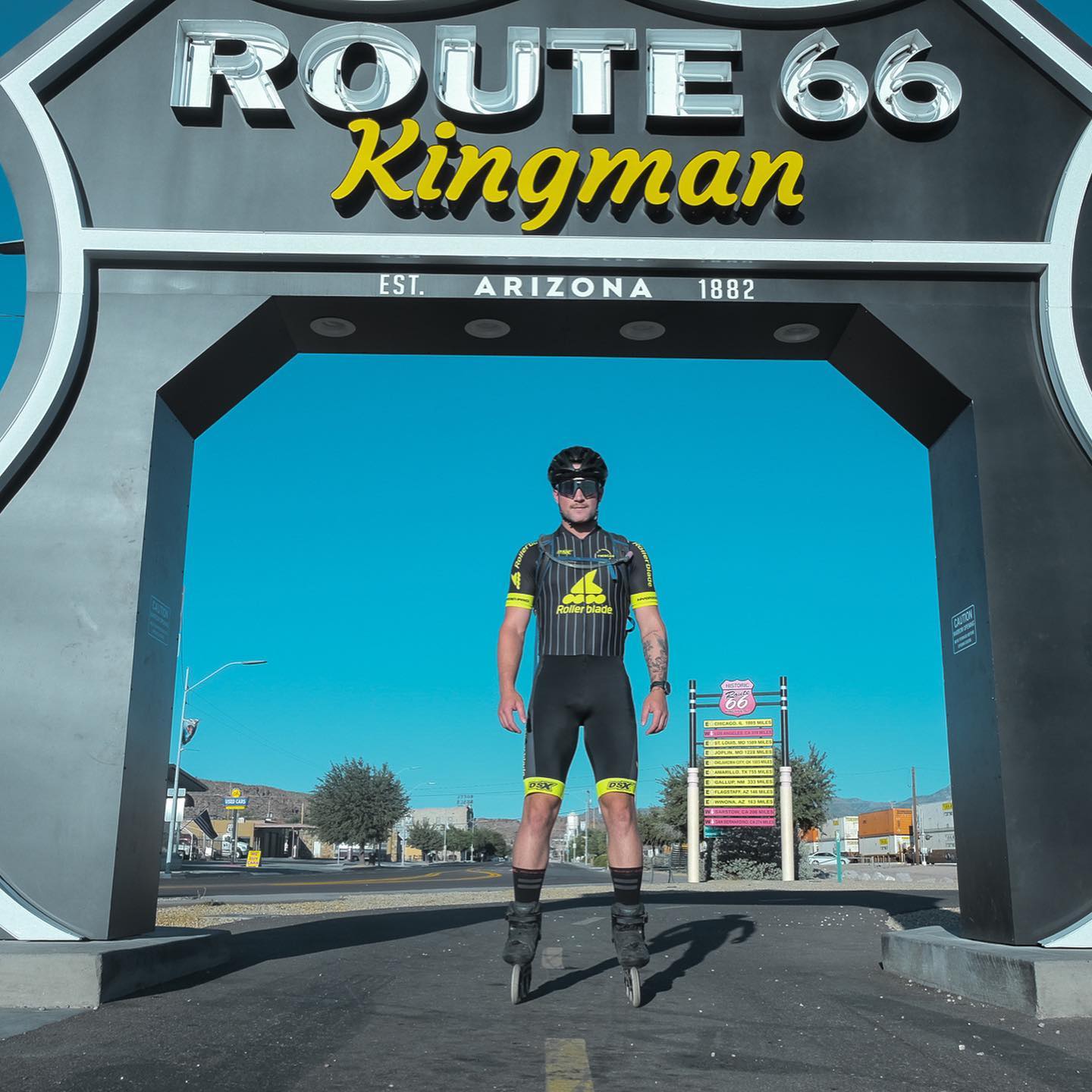 Hockey player Louis Chaix skates across the United States raising awareness for the disease that tried to take his life. Louis stopped at the Kingman Visitors center and snapped some pictures under the new Route 66 Arch.

“Giving hope one stride at a time”
Aspiring NHL College student Louis Chaix is currently skating across The United States. He departed Venice Beach Skate Park on Wednesday June 1,2022 arriving in Times Square NYC in 55 days or less, skating over 3,000 miles. Louis is trying to shake his survival guilt by raising funds and awareness along the way for the disease that tried to claim his life, Toxic Epidermal Necrolysis (TEN) “associated with”, Stevens-Johnson Syndrome (SJS).
Originally born in Paris, France, I am currently a hockey player at Missouri State University where I study exercise and movement science. My passions include my family, fitness, and hockey, and working hard for the opportunity to achieve greatness and join the NHL. This was a promise I made to myself at 6 years old, when I was fighting for my life. 18 years after being affected by and surviving Toxic Epidermal Necrolysis (TEN) I decided it was time for me to be a part of something greater than myself, which is why I decided to rollerblade across America from LA to
NYC in order to raise funds and awareness for SJS/TEN.
“My mission is to inspire others and give them hope. Give them hope that no matter what negative circumstances they may be in, it does not define the rest of their life.
As a college student, I started this incredible journey on my own with no resources. Through the 10forTen expedition, we are trying to build a strong community in order to Give Hope – One Stride at a Time, and are directing donation funds to Vanderbilt University’s Research Center.” 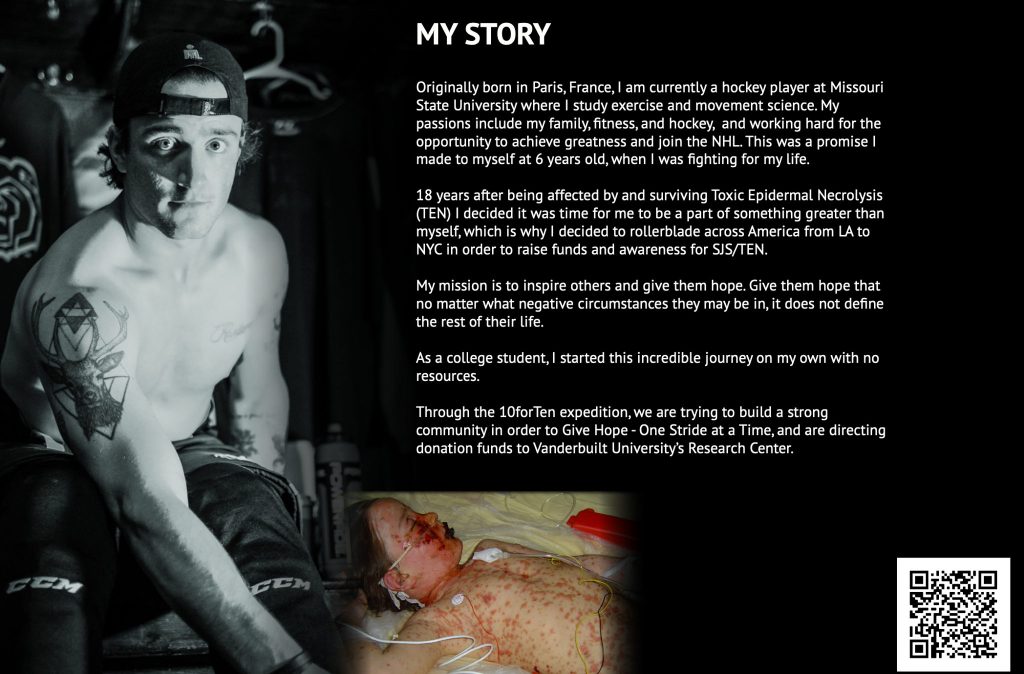