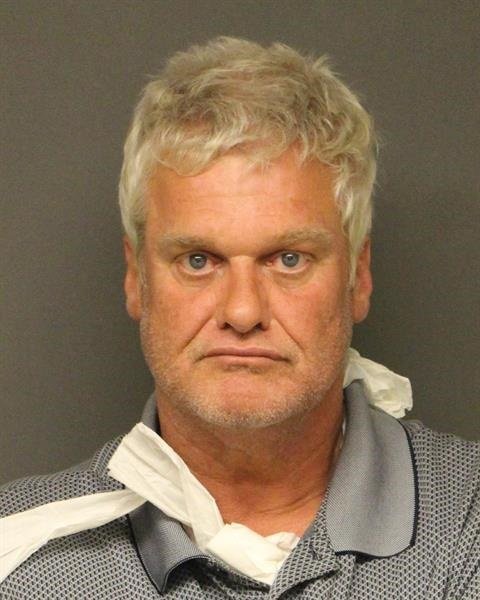 AGGRAVATED ASSAULT ON DETENTION OFFICER- KINGMAN
On Friday (4/19) at approximately 2:45 PM, Mohave County Sheriff’s Office Deputies responded to the Mohave County Adult Detention Facility in reference to an aggravated assault on staff. Upon arrival,
deputies made contact with the victim, who advised that a male subject, identified as Gregg Alan Maclaren, 56 of Kingman, was being processed in by medical staff upon arrival to the facility, when he began yelling at
the nurses. Detention Officers gave Maclaren a verbal order stop his actions and calm down. The behavior continued and nurses advised they could not continue their assessment. Officers attempted to restrain
Maclaren for escort to a holding cell, and had him place his hands on the wall to apply handcuffs. As officers were doing so, Maclaren grabbed a pen from the desk and lunged towards officers in a stabbing motion with
the pen. The officer grabbed the hand holding the pen and Maclaren dropped the object. Restraints were applied and Maclaren was escorted to a holding cell. As officers were placing Maclaren in the cell, Maclaren
struck the officer with his left elbow, striking him in jaw and cheek. Maclaren was then placed inside the holding cell without further incident. The Detention Officer was not injured during the incident. Gregg Alan
Maclaren was charged with Aggravated Assault on an Officer and Aggravated Assault with a Deadly Weapon, both felonies.