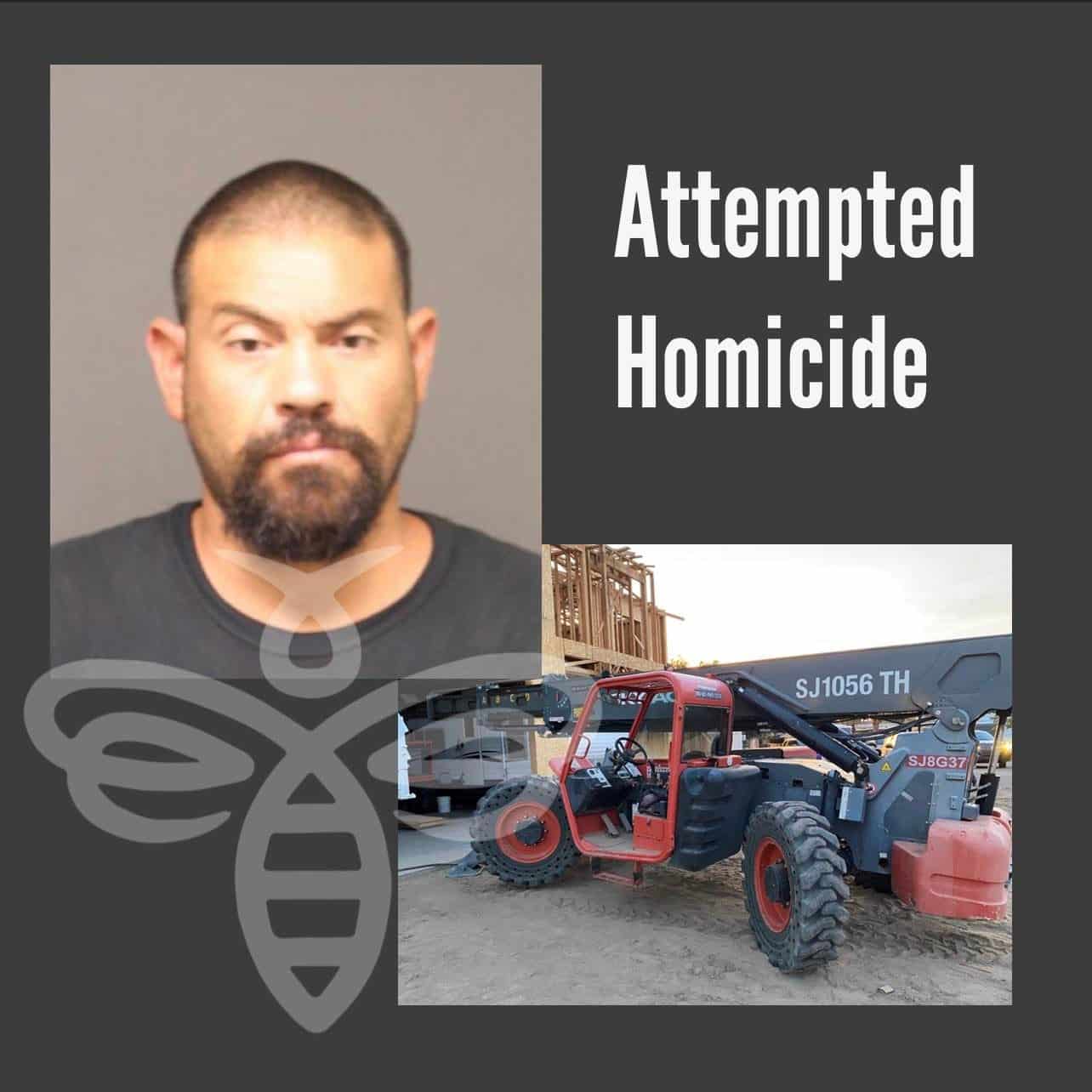 On Thursday (7/21) at approximately 10:15 PM, Mohave County Sheriff’s Office Deputies contacted Erwin Colato, 36 of California City, CA, at a business in the 8500 Block of Highway 95 in Mohave Valley. When contacted, Colato appeared distressed and indicated he had done something wrong and that he was ashamed of it. Colato explained that he had lowered a forklift onto a male subject and he didn’t know if the man was dead. Colato agreed to show the Deputy where the victim was located and directed Deputies to the 500 block of A Street in Mohave Valley.
When Deputies arrived, they located an injured male subject pinned under a large forklift as described by Colato. The victim was transported to Valley View Medical Center by the Mohave Valley Fire Department and flown to Las Vegas for treatment. The victim is currently in stable, but critical condition.
Detectives with the Sheriff’s Office responded and took over the investigation. When Colato was interviewed by Detectives, he indicated he had assaulted the victim in a travel trailer in the home’s garage, dragged him onto the garage floor, and then lowered the fork lift onto the victim with the intent to kill him. The fork lift weighs approximately 32,000 pounds.
Erwin Colato was booked into the Mohave County Adult Detention Facility for one count of felony Attempted Homicide. This investigation is ongoing.
← Prev: MCC’s educational developer selected for Campus Compact’s Engaged Scholars Initiative Next: SEXUAL EXPLOITATION OF A MINOR- KINGMAN →