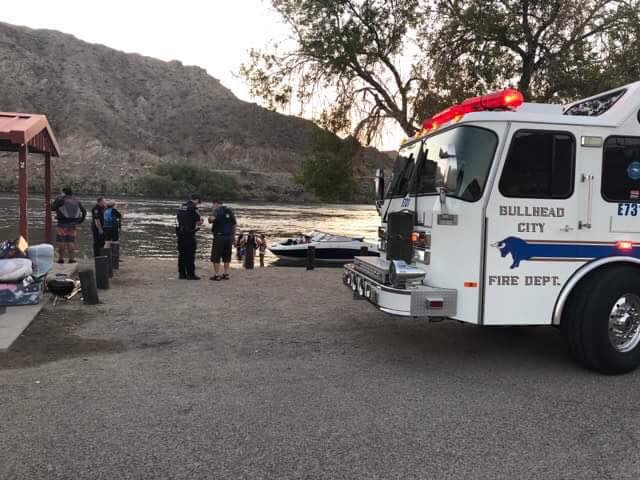 LAUGHLIN–A California woman killed over the weekend following a jet ski versus boat accident has been identified as Miriam Maribel Barajas, 43.

A spokeswoman for the Mohave County Medical Examiner’s Office said Barajas’ manner of death was accidental and she died from multiple blunt force trauma sustained in a personal boating crash.

It was not known if alcohol played a factor.

Barajas was reportedly driving a personal jet ski northbound on the Colorado River near Davis Camp. Witnesses told Nevada Department of Wildlife investigators she was traveling at a high rate of speed and in a straight line before colliding with the front of a rental jet boat near the buoy line at Davis Camp.

CPR was administered by bystanders and the Bullhead City Fire Department, however, Barajas was pronounced dead at Western Arizona Regional Medical Center.

“You really hate to see something like this,” said David Pfiffner, Nevada’s boating law administrator. “It’s late in the day at the end of the weekend. Everyone was probably just heading off the water when an accident occurred that ended someone’s life. This is another tragic example of how serious operating a boat can be. Our thoughts and prayers go out to this woman’s family and friends during this difficult time.”

While anyone born on or after Jan. 1, 1983 is required to pass a boating education course before operating a boat on Nevada’s waters, the Nevada Department of Wildlife (NDOW) suggests that everyone who plans on operating a boat or personal watercraft should take the course. Boaters who want to take a boating safety class or learn more about NDOW’s boating safety program can visit NDOW on the web at www.ndow.org.

While the cause of this accident is still under investigation, NDOW also wants to remind everyone to boat sober.

“Alcohol is the leading contributing factor in recreational boater deaths,” said Pfiffner. “It can impair a boater’s judgment, balance, vision, and reaction time. Boating is difficult enough without adding alcohol to the equation.”

The Nevada Department of Wildlife (NDOW) protects, restores and manages fish and wildlife, and promotes fishing, hunting, and boating safety. NDOW’s wildlife and habitat conservation efforts are primarily funded by sportsmen’s license and conservation fees and a federal surcharge on hunting and fishing gear. Support wildlife and habitat conservation in Nevada by purchasing a hunting, fishing, or combination license. Find us on Facebook, Twitter or visit us at www.ndow.org.