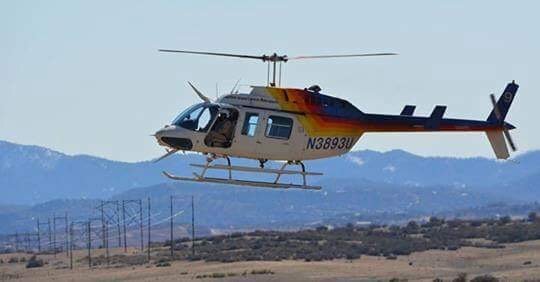 By JESS MORENO/Special to the Bee

This was the second presentation of the summer series and AZGFD Regional Supervisor Larry Phoenix shared his expertise on wildlife care and management on bighorn sheep.

He explained to the guest, how bighorn sheep are captured while the crew are still in the air inside a helicopter.

Phoenix explained how a tool called a net gun is shot out of the aircraft, and a net is wrapped around the animal.

“Than another person jumps within feet to the ground to secure and calm the animal, this person is called a mugger,” Phoenix said.

One attendee asked Phoenix why these animals are captured.

“It’s done to transport to another location to draw blood, test for diseases and also to secure a tracking collar,” he explained.

“Captures are the most dangerous job the Game and Fish Department do. Wolves, bear and mountain lions are not netted, they have to be darted,” said Phoenix.

He continued, “None of these captures are funded by tax payer’s dollars. They are solely funded by the sales of permits and licenses sold by Arizona Game and Fish Department.

If you’re interested in these summer series presentations, visit www.azgfd.com.

The series are open to the public and free of charge. 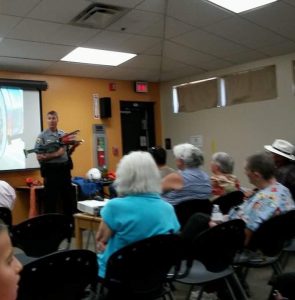