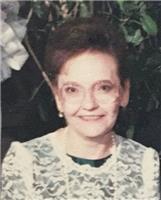 She was born in Pueblo, Colo on November 22, 1938 to Ray and Dorothy Huskin and had one younger sister, Jean Huskin. Barbara graduated Pueblo High School and was a member of the honor society at the High School. She went to Colorado State University – Pueblo and than became an accountant and moved to Southern Calif.. There she met and married Nicholas Wright and moved to Anaheim Hills, Calif. Barbara was the President of the Homeowners Association for over 10 years.

After retiring, she moved to Fort Mohave, Ariz., becoming a water color artist and a member of the River Valley Artists’ Guild. Barbara helped the Guild to obtain their 501-3 IRS rating. She was also the news editor for the Guild.