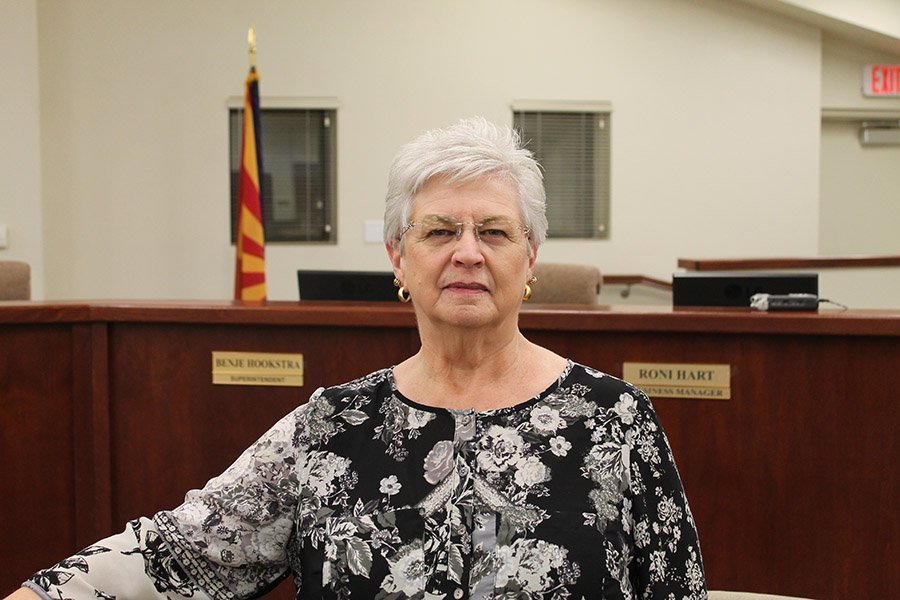 BULLHEAD CITY – Dr. Carolyn Stewart will be the next superintendent of the Bullhead City Elementary School District.  Stewart retired from the district in 2015 after 26 years as an elementary and junior high school principal.

The 4-0 vote Wednesday night is contingent upon Stewart’s renewal of her Arizona educational certifications.  Board president Diane Beardsley said the goal is to have Stewart start as administrator of the grade K-8 district before current Supt. Benje Hookstra retires June 30.

Stewart and Lynette Michalski, former superintendent of the Gila Bend and Window Rock Unified School Districts, participated in an hour-long community forum before they were separately interviewed by the board in executive session.  The two finalists shared many of the same visions and goals in the question and answer session, on topics ranging from school funding and teacher retention to collaboration and district transparency.

“It really was a difficult decision,” Beardsley said afterward.  “We could have discussed it all night. These were two very qualified candidates.  Both had a lot of knowledge and insight.”

Michalski and Stewart were selected as finalists from among four semi-finalists interviewed by the BCESD board last week.  Seven candidates applied for the position. The two finalists sat with each other as the board made its decision; Michalski congratulated Stewart, and Stewart hugged Michalski. 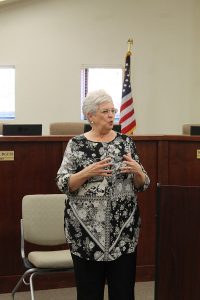 Stewart joined BCESD in 1989 where she served as principal of Coyote Canyon Elementary, Desert Valley Elementary and Bullhead City Junior High (now Middle) Schools.  She previously was a principal in the Kayenta Unified School District. She also taught education classes on the Bullhead City campuses of both Mohave Community College and Northern Arizona University.  She received her bachelor’s degree from Iowa Wesleyan University and her master’s and doctorate degrees from the University of Iowa. She retired from BCESD after more than 25 years.

This superintendent selection is separate from one recently completed by the Colorado River Union High School District, which hired Todd Flora to oversee the grade 9-12 district.  Although the two districts maintain an intergovernmental agreement for classroom collaboration and some shared services, the BCESD board opted to return to having two superintendents after sharing one for six years.