BGCCR Gearing Up To Build Their Dream Playground 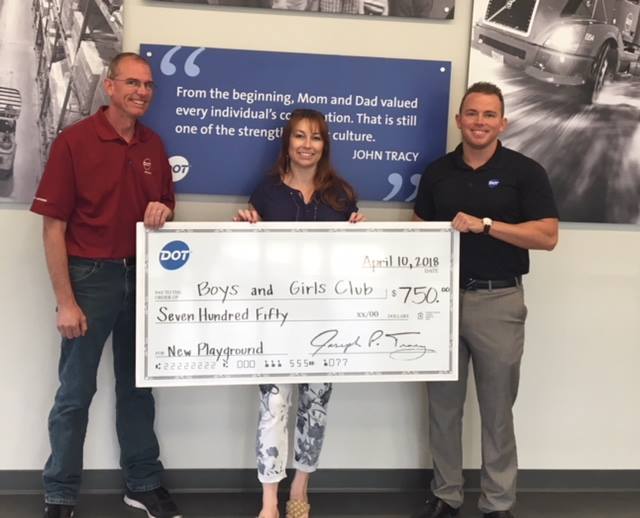 BULLHEAD CITY–The Boys and Girls Club of the Colorado River is teaming up with Fiesta Bowl Charities, EPCOR Water and Kaboom! to bring local children attending the non-profit organization a playground.

BGCCR Chief Executive Officer Autumn Boyle-Robinson said the playground will be constructed in one day on April 21 at the club location, 2250 Highland Road. There is an expected 200 volunteers coming together to help construct the playground, which was drafted by children who attend the club, said Robinson.

The new playground will be built on an empty site adjacent to the club in six hours and will become a state-of-the-art playground, Robinson said.

In February, Robinson said, children from the surrounding community came together to draw their dream playground. The playground is based off their drawings and will provide more than 1,300 kids in Bullhead City with a great, safe place to play.

Photo: Autumn Boyle-Robinson (middle) accepts a check from DOT Foods officials to use for the volunteer food during the playground construction day event. CONTRIBUTED/The Bee