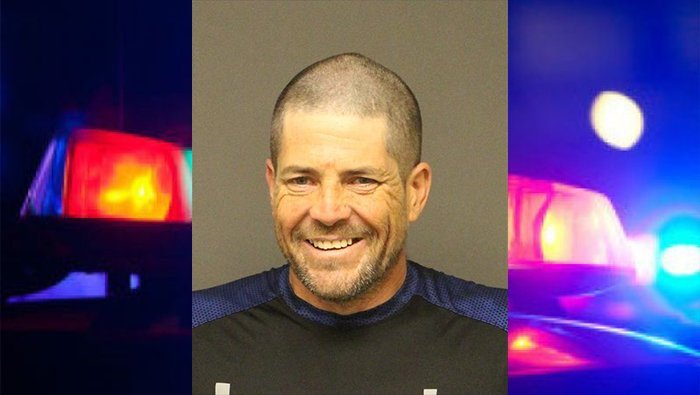 BULLHEAD CITY–An investigation into two commercial burglaries lead to the apprehension of a Bullhead City man.

Police spokeswoman Emily Fromelt said Terry Dean Leslie, 45, is facing two felony charges of burglary in the 3rd degree for his alleged involvement in the burglary of Wienerchnitzel and Game Stop on Oct. 12 in the 2800 block of Highway 95.

During the course of the investigation, police recovered some of the stolen property, identifying Leslie as the primary suspect, said Fromelt.

A “public assist” was issued by the Bullhead City Police Department on Wednesday in an attempt to locate Leslie.

On Thursday, around 1 a.m., officers attempted to make contact with Leslie in the 1100 block of Gemstone Avenue. Formelt said when officers tried to contact him, he reportedly ran from the house and went inside a different residence in the same vicinity. He was subsequently taken into the custody.

Fromelt said the homeowner did not Leslie and did not desire to prosecute.

Leslie was taken to the Mohave County jail.