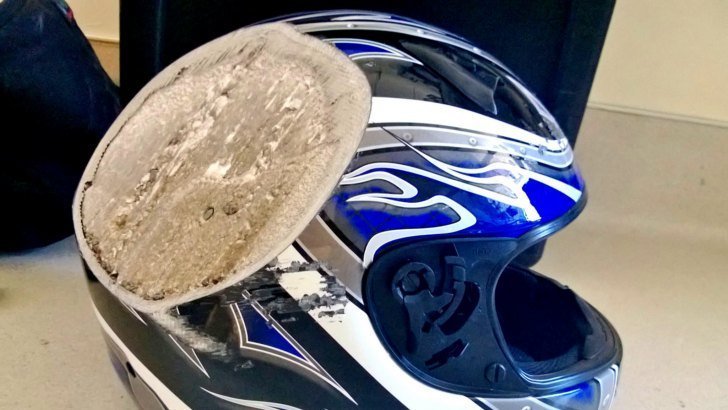 BULLHEAD CITY–Statistics show twelve motorcyclists are killed on a daily average, which is why the Bullhead City Fire Department wants to remind those who enjoy the two-wheel vehicles that using a helmet can help reduce those statistics.

“Before you gear up for riding, make sure your helmet is as ready to ride as you are,” said Lori Viles, public information officer for the fire department. “Age, damage, and wear can all affect your helmets ability to do its job.”

The Arizona Department of Transportation states, in 2016, there were 3,115 motorcycle accidents reported on the roadways and 139 of those resulted in fatalities, with 71 of those riders not wearing a helmet. The Center for Disease Control and Prevention states helmets help reduce the risk of head injuries by 69 percent and the risk of death by 37 percent.

The National Highway Traffic Safety Administration found that motorcycle deaths had increased by 5.1 percent in 2016.

“BHCFD encourages riders to stay vigilant, wear a Department of Transportation (DOT) approved helmet and remember that all vehicles have blind spots when only mirrors are used,” said Viles.

Arizona law does not require helmets and in January 2017, an Arizona legislative panel rejected a bill that would have mandated motorcycle riders to wear one. However, neighboring states of Nevada and California do require riders to have one on while on their roadways.