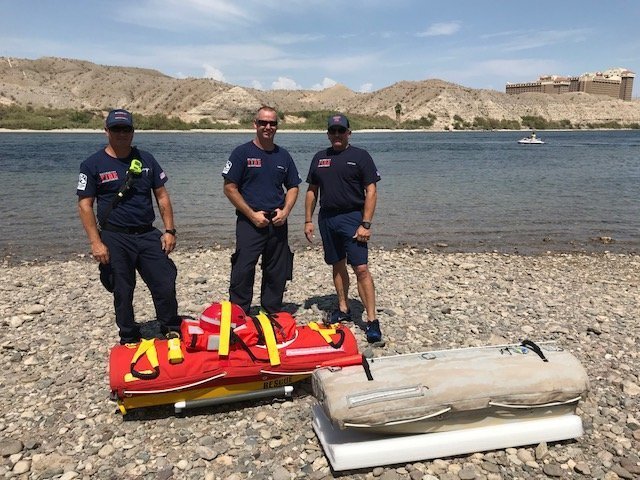 Viles said E.M.I.L.Y is operated by a remote control device, equipped with a 2-way communications radio, floodlights for night operations and can tow a rescue line 500 meters in a matter of seconds.

BCFD members respond to multiple water-related incidents throughout the year along the Colorado River and Lake Mohave, said Viles.

Using new technology such as EMILY or the SONAR EMILY that comes equipped with a high-resolution bottom imaging for search and rescue missions could prove to be a valuable tool for our first responders, she explained.

The 2018 River Regatta will bring thousands of individuals who will take to our waterways and float the Colorado River. Thus, giving crews the opportunity to test and deploy EMILY/EMILY SONAR if an emergency situation were to arise.

Furthermore, said Viles, the Bullhead City Fire Department encourages all citizens to wear a Coast Guard approved life jacket, wear sunscreen and stay hydrated when out on the water.

← Prev: Did You Know--Boys & Girls Club of the Colorado River Thrift Store Next: Monica Gates (Incumbent) →