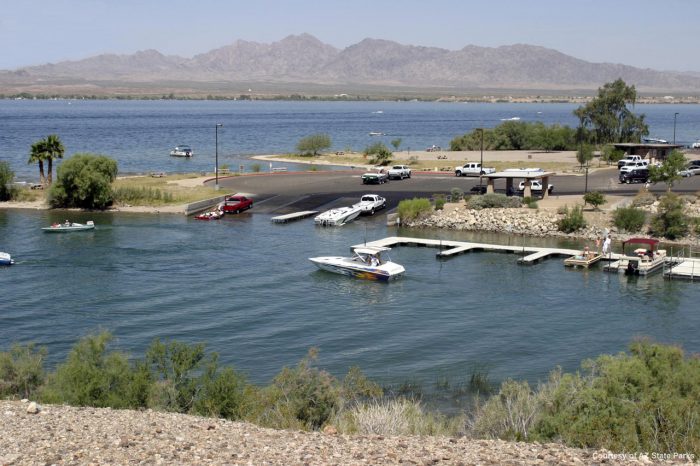 LAKE HAVASU CITY, Ariz. – The Bureau of Land Management’s Lake Havasu Field Office will begin a parking lot improvement project to enhance recreational use at Take Off Point Day Use Area later this month, to include repairing, sealing and striping.

As a result, access and use of the site will be temporarily restricted from Sept. 26 to Oct. 5, in order to ensure safety during construction work.

“These site improvements are part of the BLM’s efforts to enhance recreation opportunities for local residents and visitors to Lake Havasu,” said Jason West, Lake Havasu Field Manager. “While we recognize the construction may cause a temporary inconvenience, the site improvements will ensure a much nicer public recreation experience as we head into a popular fishing and boating season.”

Take Off Point Day Use Area is located approximately 30 miles south of Lake Havasu City, Ariz. on Parker Dam Road off of Highway 95 just before the Parker Dam.

For information about the site or construction, please call the Lake Havasu Field Office at 928-505-1200.