Brush Fire along the Colorado River 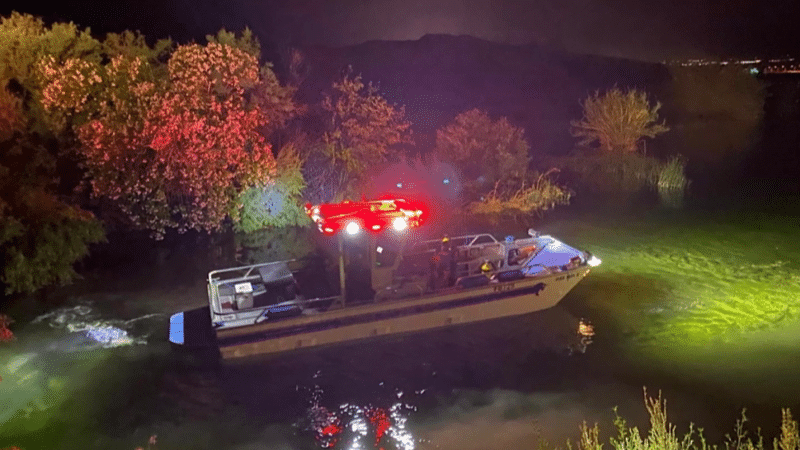 Brush Fire along the Colorado River

On May 20, 2021, at approximately 10:26 pm, several crews were dispatched to a reported brush fire along the river’s edge. Initial reports advised the fire was burning directly across from the Edgewater Casino, and the blaze was quickly growing in size due to windy conditions.  Battalion Chief McCabe assumed command reporting the fire appeared to be south of Home Depot along the river’s edge.

After a quick assessment of the situation, it was determined that our Brush Truck 716 would be needed to gain access to the blaze due to the thick brush and terrain.  Fireboat 721 was also added to the assignment to attack the fire from the river’s edge. Crews aggressively fought the blaze for approximately 30 minutes. Battalion Chief McCabe was able to walk the perimeter and GPS the fire’s size, which was about ½ an acre. He advised that the natural open areas helped to keep the fire contained, and a crew was left on the scene to monitor the fire throughout the night. Early this morning (5-21-21), firefighters walked through and surveyed the area, confirming no active fire burning.  There were no injuries reported during this incident, and the fire’s cause remains under investigation.

As a reminder, the Bullhead Fire District has implemented a stage 1 outdoor fire, and permissible consumer fireworks use prohibitions effective May 18, 2021, due to the very high fire danger caused by extremely dry vegetation, high winds, and a significant increase in human-caused fire ignitions. The Mohave County Risk and Emergency Management Department issued a Determination of Fire Emergency for all four Fire Zones in Mohave County on May 6, 2021, recommended the prohibitions. This Determination was issued following consultation with the fire departments in the County and the Bureau of Land management.

The Bullhead Fire District strongly encourages residents to be alert to the fire danger, respect the prohibitions, and take all precautions to avoid accidentally igniting a vegetation fire. Aside from open fire and fireworks ignitions, many fires are ignited along roadways due to improper disposal of smoking materials.