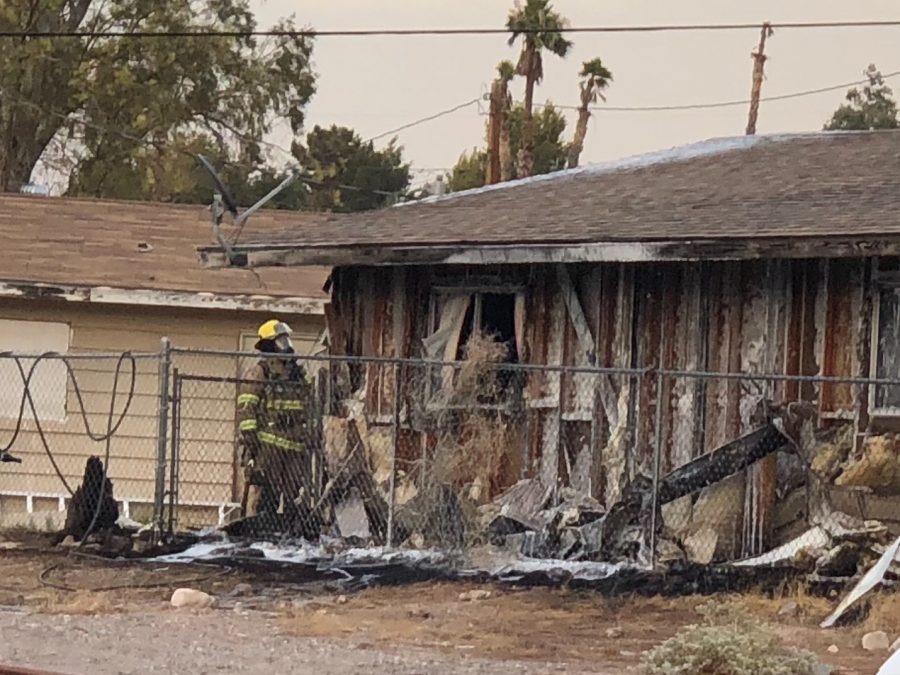 Bullhead City Fire spokeswoman Lori Viles said firefighters were dispatched around 7 p.m. to Summit Drive for a reported structure fire. However, when they arrived it appeared to be a brush fire had occurred on the exterior of the home.

Viles said the occupant of the home was attempting to extinguish the fire with a garden hose.

The fire apparently spread from the exterior to the mobile’s attic space. Firefighters worked together to quickly extinguish the two fires and contain them from spreading further.

Viles said after additional investigation, fire crews pulled the siding from the outside of the structure and located additional charring. The hot spots were extinguished and firefighters helped the home occupant board up the windows.

No injuries were reported and the cause of the fire is still under investigation.