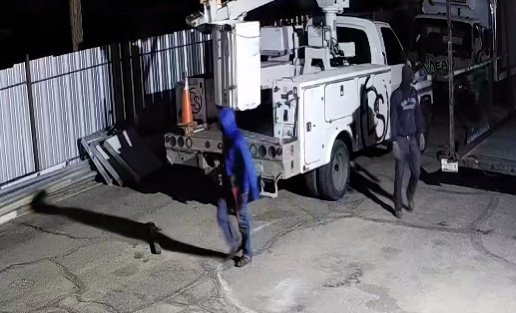 MCSO PRESS RELEASE April 27, 2022
Mohave County Sheriff’s Office Detectives are investigating multiple burglaries that occurred at a business in the 3000 block of Northern Ave. in Kingman. Surveillance images reviewed from an incident on April 18th revealed that two subjects entered the property and committed a burglary. Subject #1 appears to be wearing a blue Nike hoodie with blue jeans, black shoes, and a camo face covering. Subject #2 appears to be wearing a dark colored hoodie with U.S. Naval Academy written on the front, dark colored jeans, black shoes, gloves, a black Jansport backpack, and a headlamp.