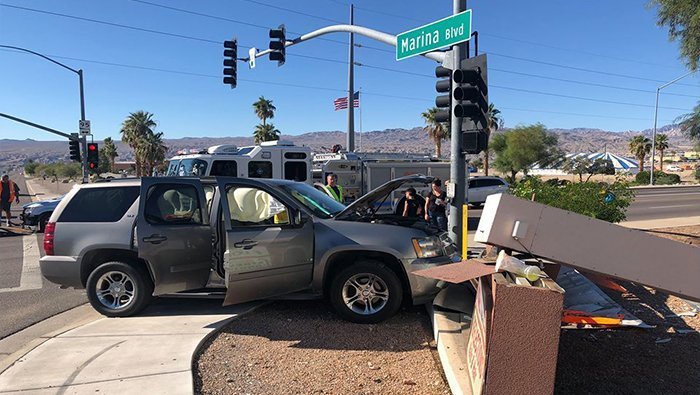 BULLHEAD CITY–Police and medical personnel were kept busy Wednesday responding to multiple vehicle accidents from one end of the Parkway to the other.

Here is a preliminary list of crashes they responded to:

A summary of each report was not immediately available. However, information regarding the Marina Boulevard and Highway 95 crash was.

A sport utility vehicle involved in the crash struck the concrete slab of the Riverview Mall marquee, destroying a portion of it.

The female driver was cited and released for failure to yield when making a left hand turn. The identities of those involved in the crash were not released.

With winter visitors arriving in the Tri-state and more people hitting the roads for the upcoming holiday seasons, drivers are urged to use caution and stay vigilant while behind the wheel of a vehicle.

According to the Arizona Department of Transportation, peak hours that car crashes occur are between 6 a.m. and 6 p.m. In 2017, there were 3,107 accidents in Mohave County with 43 people killed and 1,417 were injured. In Bullhead City alone there were 502 collisions reported. 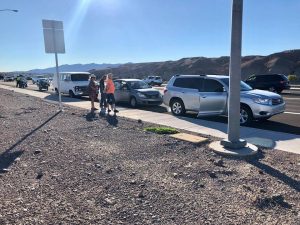