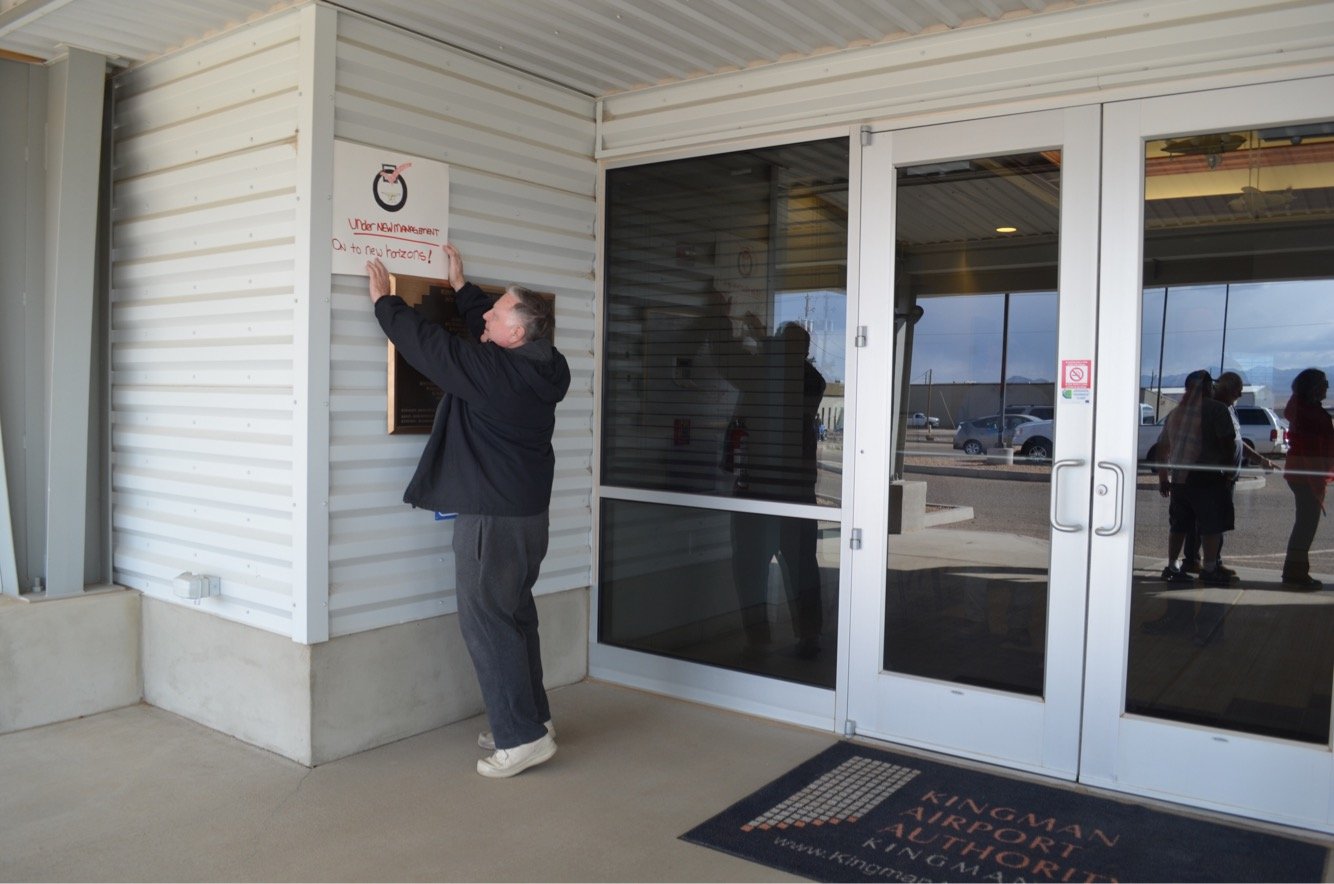 KINGMAN – Years of tug of war between the City of Kingman and the Kingman Airport Authority are finally over as the city government took control of the airport as of 5 p.m. Wednesday.

A group of about 20 people including airport business owners, aviators, city councilmembers and concerned citizens gathered to celebrate a victory over what many of them felt has been a huge case of mismanagement by the former Kingman Airport Authority administrators.

The keys to the KAA headquarters had been turned over to city officials and none of the KAA leaders were on sight during the celebratory gathering.

“We have to make sure we have the ability to lock the door tonight and open the door tomorrow,” said interim City Manager Jim Bacon, who also answered questions regarding the new long-haul process to put Kingman’s airport back on the map.

Lingenfelter asked how many in attendance had businesses or hangers at the airport. Four raised their hands.

“Just looking around and seeing the smiles on everyone’s faces is worth it to me,” said Lingenfelter, who made regaining control of the airport by the city part of his 2016 campaign.

Discussions with city council on how to handle security, maintenance and landscaping of the run-down industrial hub will begin later this month.