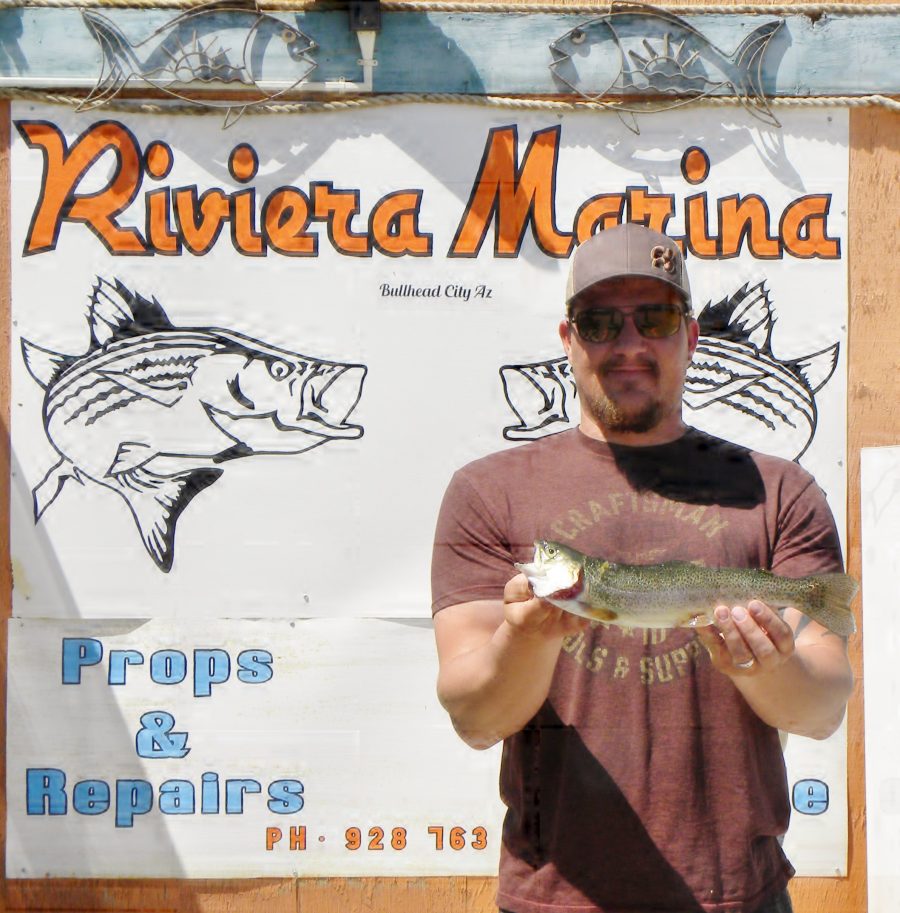 BULLHEAD CITY–If you love to fish, than the Colorado River is where you’ll want to be according to local fishing connoisseur Rusty Braun.

“This is one of the best years I have seen both for rainbow trout and striper action,” said Braun, owner of Riviera Marina in Bullhead City. “I am hearing of a lot of catch and release which is really a good idea. Just be careful with the fish and thanks for sharing your stories and catches.”

Braun continued, “I am getting reports that striper action is producing well on both sides of the Colorado river from Needles to the Davis Dam. The stripers are running mostly in the one to three-pound range with some larger fish surprising anglers on shore and boat. The trout fishing has slowed some, but are still being landed mostly from shore anglers. Night crawlers and power bait in orange green and yellow have been working the best. Not much word from up on Lake Mohave as of yet. I did hear of some catfish action along with some small mouth bass, but no word on stripers from the lake.”

The Topock marsh is producing some large mouth bass, said Braun, adding that the channel catfish are beginning to bite as well.

“I hope this helps some,” he said.

“Thank you for all of your support and we hope to see you in soon especially for our city’s “Best in the West” fishing tournament.” he added.

The tournament is scheduled for June 23-24 in Bullhead City. For more information on times and prices, visit www.bullheadcity.com.

Some of the top anglers this week were: Parker Hardy, from Utah, with a 1.10 pound rainbow trout at 15 and 1/2 inches. He used a count down and was fishing from shore; Randy Brown used anchovies to snag his 4.5 pound and 23 and 1/2 inches striper. While Kirsten Franco, from Bullhead City, landed her first-ever striper weighing in at 5.34 pounds and 25 and 1/4 inches. Franco reported using a long bomber from shore to hook her prize. 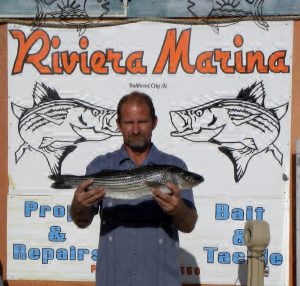 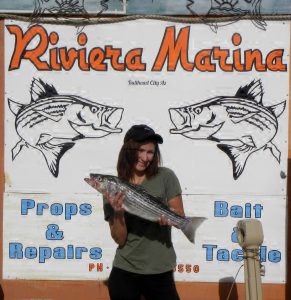