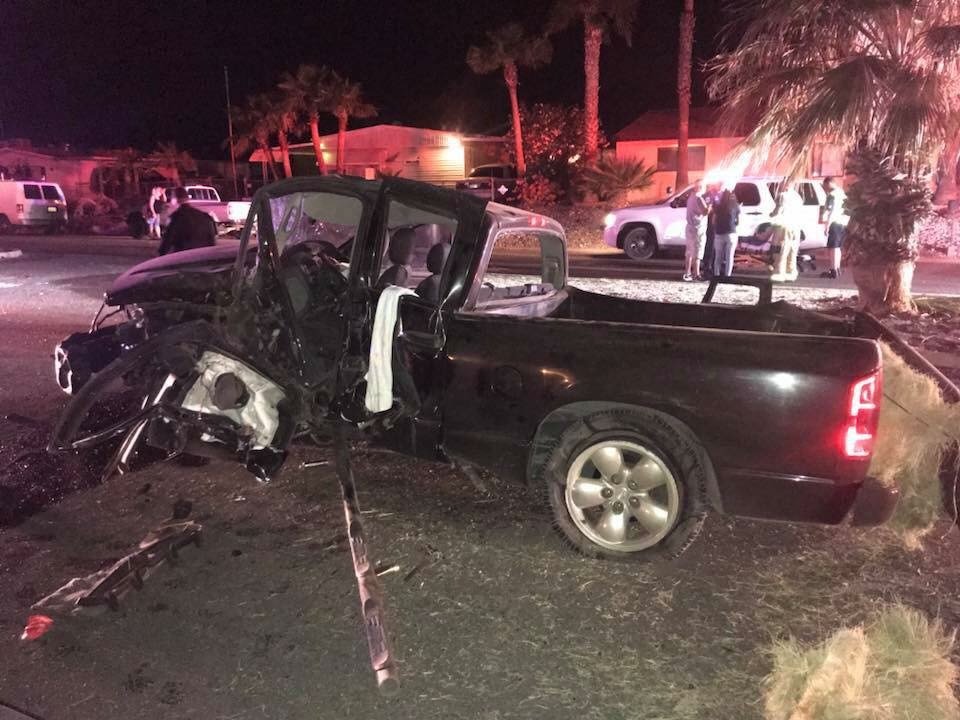 Fromelt said the driver of the black Dodge Ram 1500 was reportedly traveling westbound on Ramar Road when the driver, Nohemk Diaz, 31, hit a tree.

Diaz had three of her daughters—ages 5, 12 and 14, in the truck with her, said Fromelt. Neither of them were wearing seatbelts.

Fromelt said Department of Children Services have been notified and the cause of the investigation is still under investigation.

← Prev: NUSD Cleared From Threat; May Be Part Of Countywide Hoax Next: NUSD Threat Part Of Hoax Hitting County Schools →