SEX OFFENDER REGISTRATION- KINGMAN
Mohave County Sheriff’s Deputies arrested Peter Nathaniel Littlebird Sr. for felony Sex Offender
Registration Violation. On Monday (4/9), deputies made contact with Littlebird at a residence in the 10000
block of Concho Dr. and Littlebird advised deputies he had been living there since March 2017, moving from
Wisconsin. Littlebird failed to update his address to reflect living in Arizona. When asked, Littlebird told
deputies someone in Wisconsin told him he didn’t need to register in Arizona. Peter Nathaniel Littlebird Sr.
was arrested and booked into Mohave County Jail without incident. 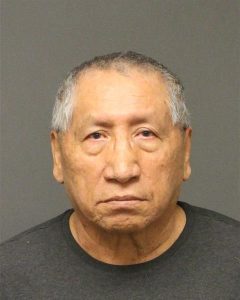 Mohave County Sheriff’s Deputies arrested Kristopher Dean Thacker, 35 of Kingman, for Possession of a Weapon by Prohibited Person, Possession of a Weapon in Use of a Drug Offense, Marijuana Possession, Narcotic Drug Possession, Drug Paraphernalia Possession, all felonies, and misdemeanor Driving with Suspended License. On Monday (4/9), deputies observed a silver vehicle travelling west on Lum Ave. A records check of the vehicle returned with mandatory insurance suspension. A traffic stop was conducted on the vehicle, when the driver, identified as Thacker, got out of the car with a large knife holstered to his side. Deputies instructed Thacker to return to his vehicle and he told deputies he would not. Deputies detained Thacker for officer safety and conducted a pat search of his person and found a glass pipe in his pants pocket. Thacker was placed in the deputy’s vehicle and a search was conducted of the vehicle. During the search, deputies located a black handgun, marijuana, ecstasy pills, marijuana wax, and several broken glass pipes. Thacker admitted to deputies that he is a prohibited possessor due to prior convictions, and claimed ownership of the items located in the vehicle. A records check also revealed Thacker to have a suspended driver’s license. Kristopher Dean Thacker was arrested and booked into Mohave County Jail without incident. 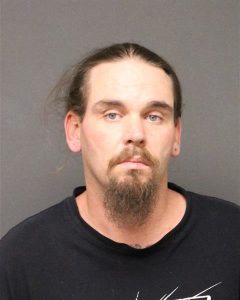