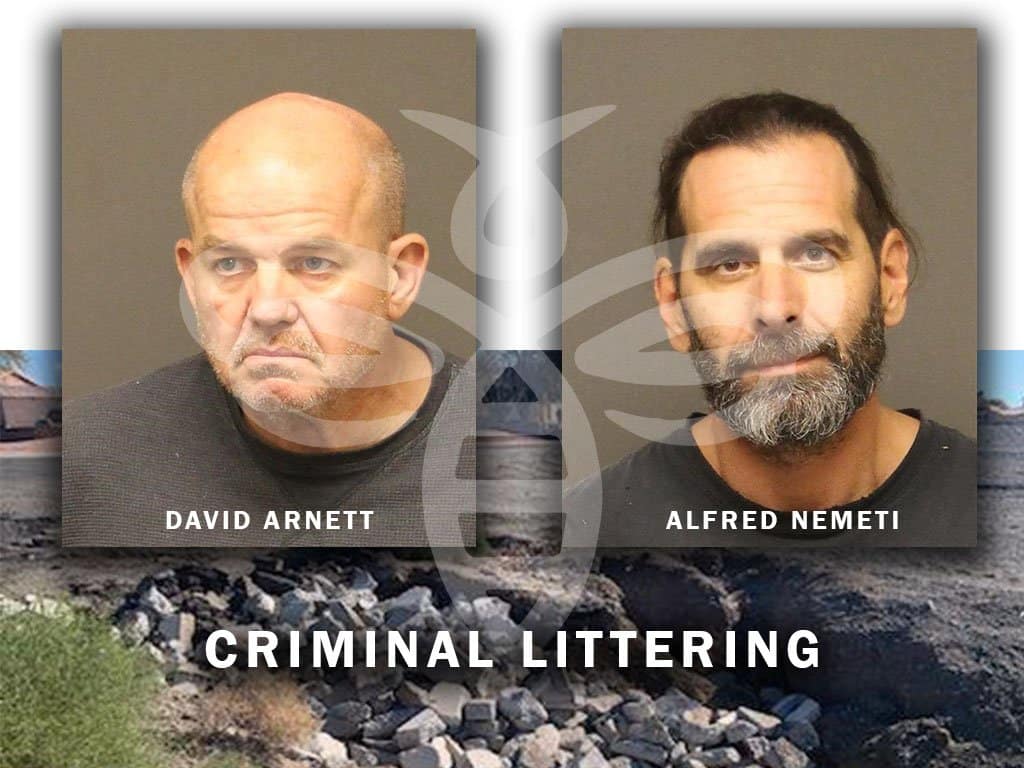 For those of you who were questioning the contractor that was involved with this illegal dumping.
Investigation led to COON CONSTRUCTION.  Charges have been referred to the Mohave County Attorney’s Office to pursue charges against Mr. Roger Coon who owns this construction company.  The Arizona Registrar of Contractors was also contacted and provided information in the investigation.

Mohave County Sheriff’s Office Deputies arrested David Ryan Arnett, 55 of Fort Mohave, and Alfred George Nemeti, 49 of Fort Mohave, for one felony count each of Criminal Littering. On Friday (1/20) at approximately 10:50 AM, Deputies responded to the area of Kodiak East and Nez Perce Rd. for reports of an illegal dump in progress. The reporting party advised that a red Ford F150, occupied by two males, was seen dumping a large load of concrete in the desert area. Responding deputies located the vehicle and conducted a traffic stop in the 1500 block of Lipan Blvd. and
contacted two male subjects, identified as Arnett and Nemeti. When asked about the illegal dumping, the men admitted their involvement. The men further advised that their boss, a local registered contractor, had instructed them to dump the concrete in the wash.
Deputies contacted the contractor, who admitted to instructing the men to dump the concrete in the area. The contractor will be charged accordingly for his involvement.