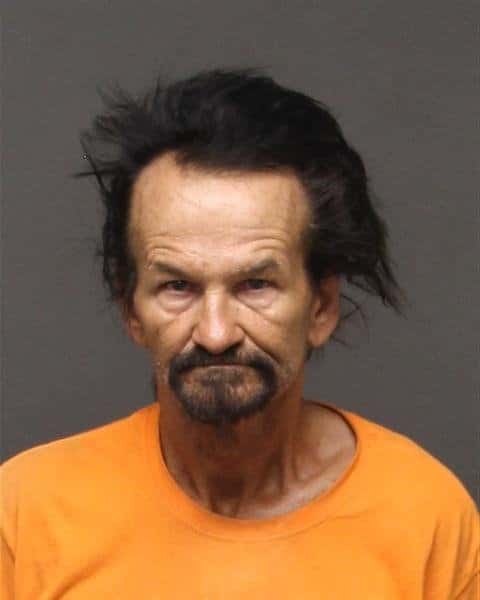 Mohave County Sheriff’s Office Deputies arrested Graig Mitchell Salzer, 61 of Bullhead City, for misdemeanor Criminal Littering and an active arrest warrant. On Saturday (11/5) at 3:23 PM, deputies were dispatched to the area of Ashley St. and Boundary Cone Rd. for reports of an illegal trash dump in progress. A passing witness called and advised that they had observed Salzer dump furniture and various trash out of a small trailer towed by a GMC pickup.

Deputies arrived on scene and observed the alleged truck and trailer stuck in the sand in the area. Deputies observed the dumped furniture and trash and located tire tracks that led from the trash to the truck’s current location. Deputies made contact with a male subject, later identified as Salzer, laying on the ground next to the vehicle attempting to free the buried tires. When asked, Salzer denied dumping the furniture, but admitted to some of the smaller items. A records check revealed the active warrant and Salzer was arrested. Graig Mitchell Salzer was transported to the Mohave County Adult Detention Facility in Kingman without incident.