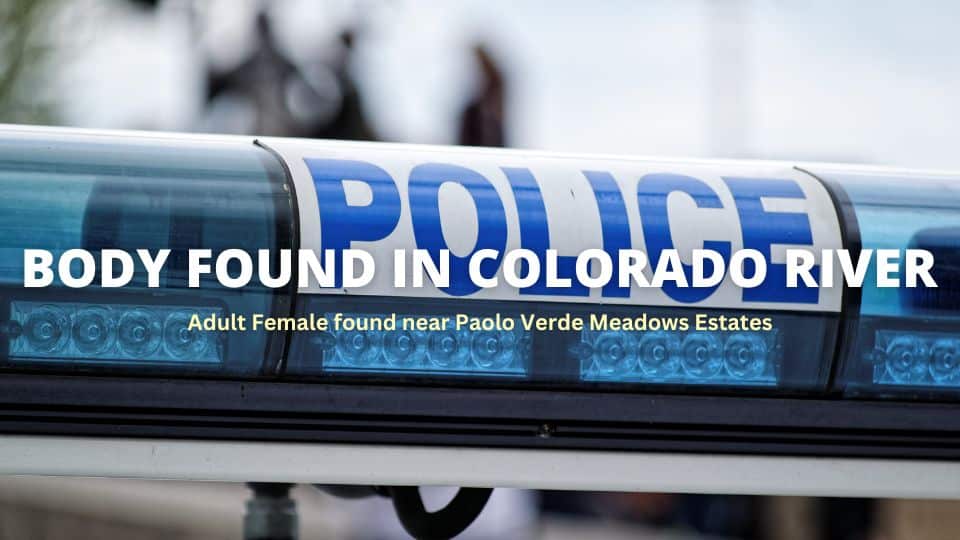 UPDATE 12pm: The deceased person who was found in the Colorado River on Tuesday morning has been identified as Deana Harris, 54 of Fort Mohave. The Mohave County Medical Examiner’s Office does not believe foul play was involved in her death.

An adult female was located floating in the lagoon in the Palo Verde Meadows Estates, 2800 block of Camino Del Rio. The body has not been identified.

Although there were no obvious signs of foul play, the exact cause of death and identity will be determined by the Mohave County Medical Examiner’s Office. The investigation is ongoing.

← Prev: Patriot Rail Expands in the Kingman Industrial Park Next: Testing for those interested in becoming an Emergency Services Dispatcher! →