KINGMAN–A man currently sitting in a New Mexico prison has been charged with a decade old cold case murder of a Kingman woman.

Hammonds was found severely injured on Christmas Day in 2007 after a suspected burglary at her residence in the 4200 block of Irving Street in Kingman. She was airlifted to a Las Vegas hospital, but died the following day. Officers had originally responded to Hammonds residence after investigating a vehicle fire in the 3600 block of Irving Street. Registration on the vehicle reportedly belonged to Hammonds. Her death was ruled a homicide.

Mortensen said investigators at the time of the murder had suspected Serrato, who was Hammonds neighbor, was involved in the murder, but at the time did not have enough evidence to charge him formally.

Serrato is incarcerated in the Southern New Mexico Correctional Facility in Las Cruces after pleading guilty for attempted murder in the second degree in 2011. 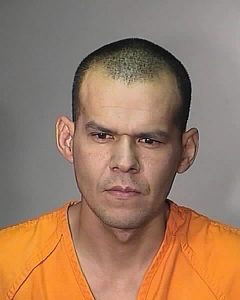 ← Prev: City Taking Applications For Various Commission and Board Openings Next: Destination Kingman →