Did You Know-Baron Employee Spotlight 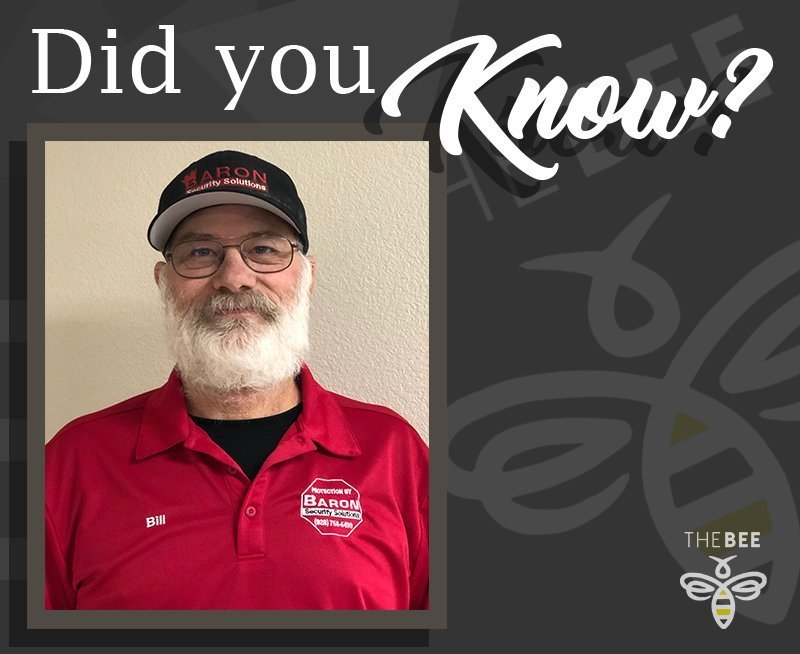 FORT MOHAVE–Baron Services in Fort Mohave employee some of the best in the area. This month, we will spotlight employee William “Bill” Bruton.

Bruton was born and raised in the Southern California region and in 1979 joined the Navy. Two years later he met and married his wife and continued to serve his country until 1987.

After leaving the Navy, Bruton moved to the Colorado River region with his wife and children.

Before starting his security career at Desert Alarms in 2004, Bruton spent several years working at the casinos and at Claypools in Needles.

Bruton continued with his security career with Double Tree Security after they purchased Desert Alarms and is now a part of the Baron Security Solutions.

When he isn’t making sure customers are safe at their home, Bruton spends time with his family and friends barbecuing, watching his grandson’s baseball games, concerts and traveling to see his daughter’s family.