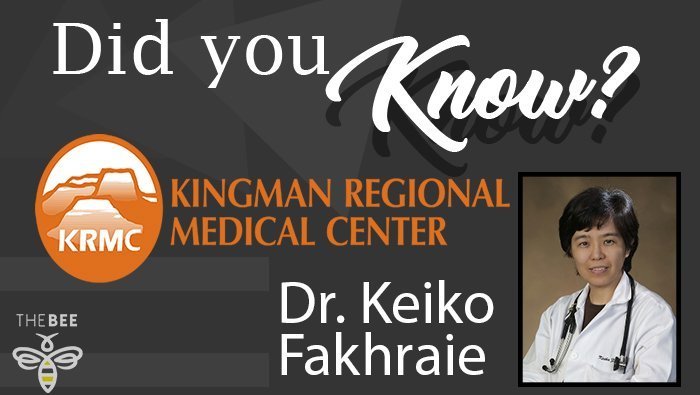 KINGMAN–After a year of unsuccessful attempts to get a new motorized wheelchair through insurance, the staff of Dr. Keiko Fakhraie’s office took the task upon themselves for a paraplegic patient. Robin W. was developing increased health issues in the chair he was using, but always kept a smile on his face, said Barb King, MA. “He never lost hope.”

They knew they had to do something, so they reached out to the Paralyzed Veterans of America, who graciously donated a chair. Vickie Taylor of Dr. Fakhraie’s office even took time out of her own weekend to drive to Phoenix and pick up the chair personally.

Robin was overcome when they surprised him with his new wheels, asking the staff, “Are you serious?”