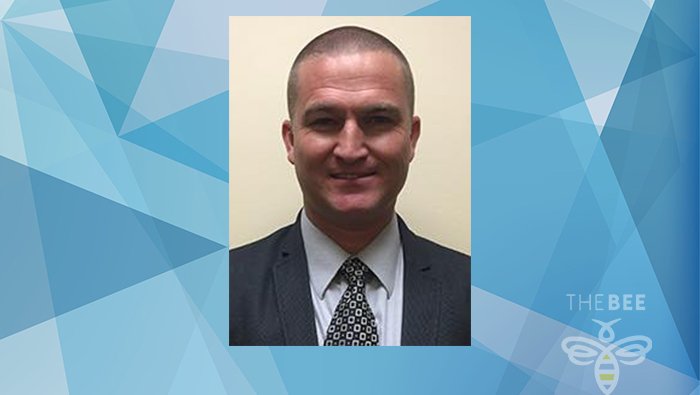 BULLHEAD CITY–The Colorado River Union High School District announced earlier this week that Superintendent Riley Frei would be reassigned to a new position overseeing the construction completion of the Anderson Auto Group Fieldhouse, as well as other district projects on the schedule.

“As you may be aware, the CRUHSD board voted late last night to reassign Superintendent Riley Frei to a position overseeing the three construction projects approved by voters,” said CRUHSD Board President Kari Hoffamn. “In his new role as construction supervisor, he has been asked to continue to oversee facilities and help manage construction of the Anderson Auto Group Fieldhouse and the ongoing projects at both Mohave and River Valley High Schools. Additional projects also include repairs financed by the Arizona School Facilities Board, as well as SFB grants.”

On Wednesday, the district released a statement that with Frei’s new assignment they would be looking to hire Assistant Superintendent Benje Hookstra as CRUHSD’s interim superintendent. However, that will have to be voted on by the Bullhead Elementary School District’s board, which is schedule for Thursday afternoon.

Hookstra’s new position, if approved, would be in part of the shared services/intergovernmental agreement between the two districts.

“We expect Asst. Superintendent Benje Hookstra to serve as Superintendent on an interim basis, subject to approval by the Bullhead City Elementary School District governing board this week.” said Hoffman. “However, any changes require modification to the intergovernmental/shared services agreement between the two Districts. Until that happens, Mohave High principal Steve Lawrence will be the acting CRUHSD Superintendent on a short-term basis.”

With the sudden position changes, questions into how qualified Frei was came into play.

According to the district, Frei has a strong construction background that reportedly coincides with his educational and administrative background. He has reportedly overseen the planning and coordination of the 2016 bond-related construction projects at the Fieldhouse and high schools.

“For the past eight years he has overseen a myriad of facilities projects requiring grant applications through the State of Arizona, just as he did in his previous district. Most school superintendents of smaller districts typically oversee these types of projects directly or indirectly. He is not the contractor or the project manager; neither are the superintendents of other districts that manage these projects,” said the district.

At press time, the district was unable to expound on what types of degrees and/or certifications Frei possesses in relation to the new position.

When asked if Frei would be receiving an increase in his pay for the new position, the district said, “(Mr.) Frei’s proposed revised contract has not yet been finalized and is still in the legal review process following Tuesday night’s Board vote and tonight’s (Thursday’s) BCESD meeting, plus subsequent review; so it is not yet public record and there has not been a contract for final approval under A.R.S. sections 39-101 to -161.”

With the contract not finalized, it was unknown what salary Frei will be receiving with his new position.

The district told The Bee that Frei would not be involved in the handling of bids from general contractors.

Citing potential deliberations discussing personnel and legal issues, the district was unable to comment on Frei’s background, qualifications, salary, and if there were any other candidates for the position.

“Superintendent Frei has been instrumental in helping improve graduation rates and students performance, faculty collaboration at all levels and providing a better education for our students. With the Fieldhouse and construction projects important aspects as we move forward, Mr. Frei will be able to focus his attention in those directions,” said Hoffman. “We appreciate the support that our faculty and staff will give our administrative team during this transition. We want to thank everyone for staying focused as we prepare to start another school year in just a few short weeks.”